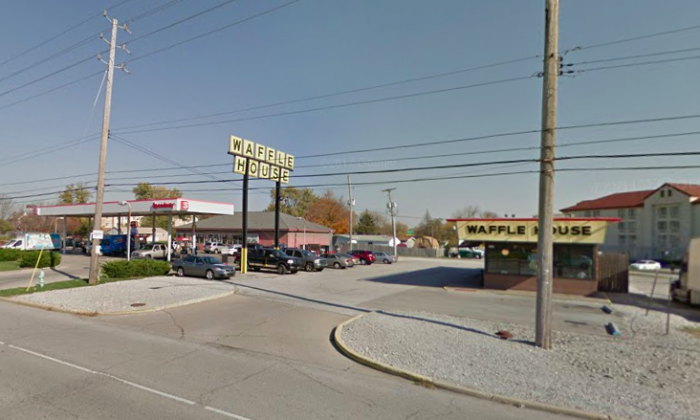 The crew at Waffle House in Indianapolis was absolutely thrilled after Donnie Wahlberg gave a $1,000 tip after his meal at the restaurant.

Wahlberg was in town on Saturday, Nov. 25, with his son to watch the Celtics play the Pacers. After the game where the Celtics won, the actor-singer decided to make a postgame stop at Waffle House on Lynhurst to fill his stomach, according to WTHR.

A @celtics win and a post game @WaffleHouse stop?! Thanks Indiana, for one heck of a father son #RoadTrip! #Celtics @KyrieIrving ☘️ pic.twitter.com/C5VvlJkRpy

Kassandra Rhea, the waitress that night, admitted she absolutely had no idea the former New Kids on the Block star had come in.

Another family dining at the restaurant noticed the celebrity and pointed him out.

“She was like, ‘That’s Donnie Wahlberg!’ and I was, like, ‘Awesome.’ He was in town for the game and decided to do a surprise pop-up at Waffle House, so lucky me,” Rhea told WTHR.

“I just treated him like a normal, everyday person because that is what he is. He just has a big name,” she added.

Rhea’s luck didn’t just end there. The waitress got a surprise after Wahlberg paid his check, which included the $1,000 tip.

According to Rhea, Wahlberg told the waitress that Saturday night was his best Waffle House experience. He added that out of the $1,000 tip, $600 would go to Rhea, $200 to the cook, $200 to the other server.

“On a $48 check, I did not think it would be that big. I almost had a heart attack, I am not going to lie. It took me completely by surprise,” Rhea told the news station.

He also paid the check for the family who recognized him earlier.

“He was spreading the love. It was pretty awesome,” Rhea added.

The waitress said the money will go toward her future purchase of a car or rent, reported WFMY.

“This was the greatest thing he could have ever done. I’m so blessed that he did that. He just made things so much easier for me. Thank you so much, Donnie Wahlberg,” she wrote on her Facebook post.