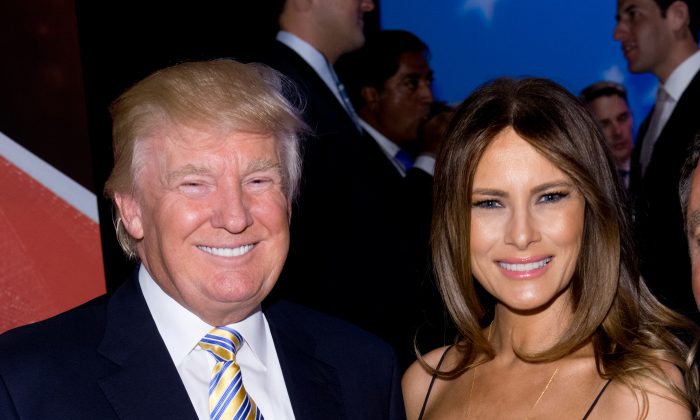 Donald Trump’s wife Melania Trump gushed about her husband in a new interview, while refusing to talk about First Lady Michelle Obama.

Melania Trump rarely speaks to the media, but had a lot to say about her husband, the current Republican presidential front-runner.

“Donald is romantic in special ways when we spend time together. He’s a great husband and we have a great relationship,” said the 45-year-old Slovenian native, Trump’s third wife.

She also revealed that she does disagree with Trump on some issues, but does offer him tips on his campaign in private.

“I give him ideas, and I give him my opinions. Some stuff he listens to,” Melania told US Weekly. “I’m very political. I’m not political in public, I’m political at home.”

“Do I agree with everything he says? No,” she admitted. “I have my own opinions too, and I tell him that. Sometimes he takes it in and listens, and sometimes he doesn’t. But it is who he is, I don’t want to change him. He’s an adult, he knows what the consequences could be.”

Melania said she’d like to accompany her husband on the campaign, but needs to stay at home with son Barron, who is currently 9.

Melania was also asked what she thinks of Michelle Obama, who she would replace if Trump does win the election.

“I don’t want to talk about that,” she said.