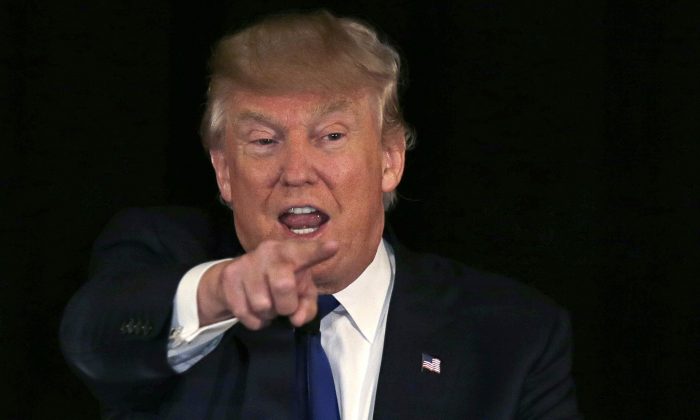 A Middle Eastern department store chain has dropped Trump Home, a lifestyle line owned by Republican presidential candidate Donald Trump, after he made comments last week calling “for a total and complete shutdown of the Muslims entering the United States.”

“Donald J. Trump is calling for a total and complete shutdown of Muslims entering the United States until our country’s representatives can figure out what the hell is going on,” Trump said in full at a rally.

One of the Middle East’s largest home retail chains, Lifestyle, pulled the “Trump Home” products from its 160 stories.

“As one of the most popular home decor brands in the Middle East, Lifestyle values and respects the sentiments of all its customers. In light of the recent statements made by the presidential candidate in the US media, we have suspended sale of all products from the Trump Home décor range,” Sachin Mundhwa, the CEO of Lifestyle, told Quartz.

Lifestyle has stores in Kuwait, the UAE, Saudi Arabia, and Qatar, and other countries. The firm was selling Trump Home products on its website, but now, there’s a “404 page not found” error message.

Other business owners in the Middle East were stunned by Trump’s comments.

“It was a shocking comment,” Khalaf Al-Habtoor, the owner of many properties in Dubai, told CNN. “These Muslims — they are investing billions and billions in the United States and creating jobs for the Americans.”

Trump has made a great deal of his wealth through holdings in countries where Islam is the main religion, it has been noted.

“I think he damaged all his brand in all the Muslim countries … nobody will accept him,” Al-Habtoor, who had supported Trump, told the network.

But luxury developer DAMAC Properties, a firm building the Trump International Golf Club in Dubai, said it’s not fazed by the development.

“Our agreement is with the Trump Organization as one of the premium golf course operators in the world and as such we would not comment further on Mr. Trump’s personal or political agenda, nor comment on the internal American political debate scene,” said Niall McLoughlin, the company’s senior vice president.