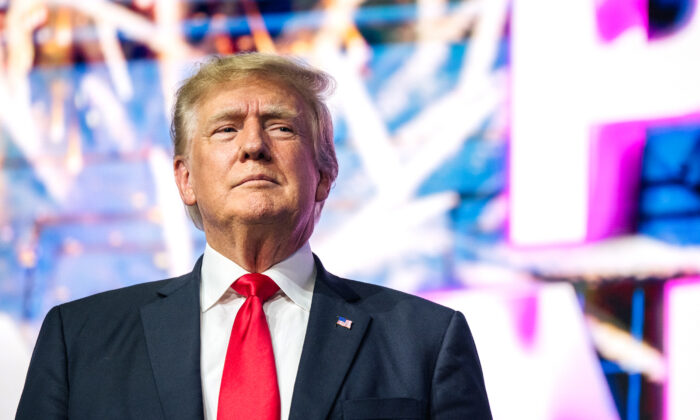 Donald Trump Was a Champion for the Advancement of Minorities

One of the most outrageous slanders against former President Donald Trump is that he is a racist. Groups such as Black Lives Matter and the majority of the college professors and their pals in the media said it day after day while he was in office.

They still say it.

Having worked with Trump and having seen how he interacts with people around him, I can personally attest to the fact that he treats everyone fairly, and with respect and dignity regardless of their skin tone.

But the major impact that Trump had on minorities was through his policies. Few, if any modern presidents did more for economic advancement for blacks and Hispanics.

Each year, the Census Bureau reports on income and poverty rates by race. The report found that in Trump’s first three years in office—from 2016 to 2019—black incomes rose more than in any three years in the history of the United States. The median household income for blacks rose to $45,438. There are few if any other major nations with a higher average income for blacks than the United States. The data for 2020 show a slight decline in incomes for blacks—and all races—but that was a result of COVID.

What about poverty? Black poverty rates fell to their lowest level ever recorded in 2019 and 2020. This bears repeating: The percentage of blacks who were poor in the United States was never lower than under Trump.

What about other ethnic groups or “people of color?”

The group that had the biggest dollar income gains under Trump was… Asians, who in 2020 had a higher household income than whites. The median household income of Asian Americans reached just shy of $100,000 a year when Trump left office.

But what is indisputable from this evidence is this: This couldn’t have happened in America if this were a nation that hates ethnic minorities. It couldn’t have occurred in a xenophobic country.

What about Hispanics? Trump indeed has said some very nasty things about Mexicans coming to the U.S. illegally and committing crimes. But Hispanics are doing very well in America.

The average Hispanic household makes more than $55,000 per year today. They are moving rapidly into the middle class. Poverty rates for Hispanics also hit an all-time low under Trump.

Let’s not forget about unemployment. The jobless rates for blacks, Hispanics, and Asians fell to all-time lows as well.

How did it happen? It turns out that the Trump tax cuts, the deregulation policies, the better trade deals, and the pro-America energy policies created a rising tide of prosperity that helped all races. Putting America First was not just a slogan, I saw firsthand that the Trump economic decisions were designed to help ALL American workers—regardless of skin color.

Now, look at the situation today after a year of Biden policies that have reversed Trumponomics. Inflation at 7.5 percent is growing faster than the wages and salaries of minorities, which are growing at less than 5 percent. This means minority paychecks are shrinking in terms of purchasing power.

A new report by University of Chicago professor Casey Mulligan finds that minority drug deaths have surged to an all-time high under Biden.

Every day that goes by, more people of all colors tell me that they may not have liked some of President Donald Trump’s antics and the offensive things he may have said, but they admit that they liked his policies. They worked and people felt it in the pocketbook.

That may explain why polls show that for the first time ever, more Hispanic voters call themselves Republicans, and not Democrats.