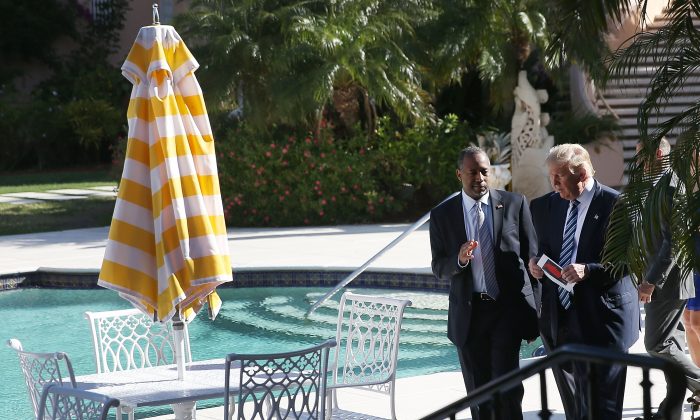 Donald Trump’s longtime butler has revealed some new information on the Republican frontrunner, such as the fact that he gets only three hours of sleep a night.

When Trump stays at his Mar-a-Lago estate in Florida, Trump rises at 4 a.m. every morning, collects five or six newspapers from outside his room, then retreats for hours to read them before emerging in golf gear, butler Anthony Senecal said.

“You can always tell when the king is here,” Senecal, 74, who has served Trump for nearly 30 years, told the New York Times.

Trump is often in a good mood, and is known around the estate for peeling $100 bills from a wad in his pocket to give to groundskeepers.

Trump utilizes the estate for many things. Recently, he has held press conferences there to announce the endorsements of former rivals Chris Christie and Ben Carson.

Senecal is well-versed in Trump’s moods, and knows when to do unusual things to cheer Trump up. For instance, years ago he received urgent warning from Trump’s soon-to-land plane that the mogul was in a bad mood. So Senecal hired a bugler to play “Hail to the Chief” when Trump stepped out of his limousine to enter the estate.

The best way to know how Trump was feeling? If he emerged from his room after reading the papers in a white cap, he was in a good mood. A red cap signaled a bad mood.

Trump is often in a good mood, and is known around the estate for peeling $100 bills from a wad in his pocket to give to groundskeepers.

“You’re a Hispanic and you’re in here trimming the trees and everything, and a guy walks up and hands you a hundred dollars,” Senecal said. “And they love him, not for that, they just love him.”

He also said that the so-called king likes to style his own hair, and likes his steak “rock” hard.