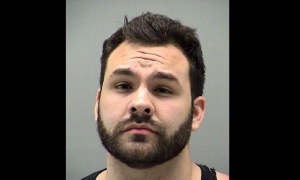 A tombstone with Donald Trump’s name on it appeared mysteriously in the middle of Central Park over the weekend, and has now been removed.

A spokesperson for the park said that the tombstone was removed shortly after it was discovered on Sunday afternoon, reports ABC News.

The gravestone had the epitaph “Made America Hate Again” under Donald Trump’s name, a derisive play on his campaign’s slogan “Make America Great Again.”

Someone placed an actual Trump tombstone in Central Park

There was no date of death inscribed on the tombstone, and it’s unclear whether Secret Services are investigating it as a death threat.

“We’re not going to comment on protective procedures or protective knowledge like that,” a Secret Service spokesperson told ABC News.