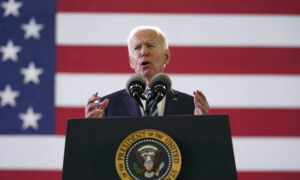 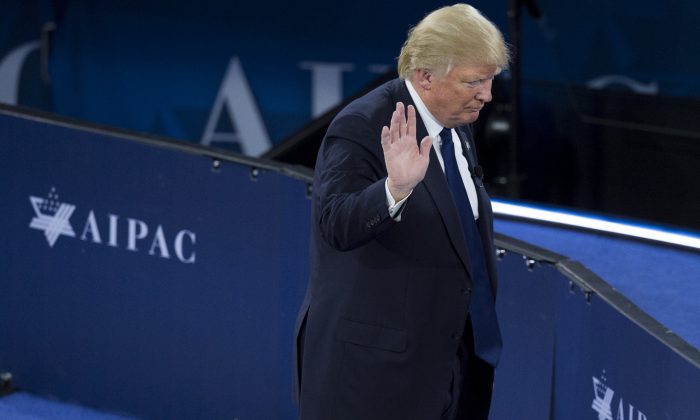 Donald Trump: Remarks About Women Came When He Wasn’t Expecting to Run for Office

Donald Trump says he made many of his now-infamous comments about women when he wasn’t expecting to run for office.

During a radio interview in Wisconsin–just eight days before the state primary–the Republican frontrunner said he actually supports women.

I pay women, in most cases, more than I pay men.
— Donald Trump

“Women are just going to have to see what I’ve done,” Trump said in a response to an advertisement that bashes some of his past comments on women, including “bimbo,” and “fat pig.”

“I’ve hired tremendous numbers of women. Women are in highest executive positions. I pay women, in most cases, more than I pay men, which is more than most people can say.”

Trump admitted he’s made sexist comments in the past, but added: “I never thought I would run for office.”

Trump said he prefers talking about trade and border security.

“I’ve been a person that’s been in the entertainment business and a very big person in business, and I’ve been quoted over the years by everybody, almost from the time I started business. For whatever reason, I became a celebrity in a sense,” he told Charlie Sykes of WTMJ.

Sykes challenged Trump, saying: “Are the rules different for celebrities?”

“Well, I’ll tell you what, the rules aren’t different, but certainly I never thought I would run for office,” Trump responded.

Sykes then asked Trump about his feud with Fox News host Megyn Kelly.

Cruz Looks to Pull Ahead in Wisconsin With Governor’s Endorsement

“I don’t think there should be a double standard for somebody if they are a woman, but I can tell you this, Charlie, I have been better to women than any of these candidates, frankly.”

Trump later said he prefers talking about trade and border security as opposed to his views on women.