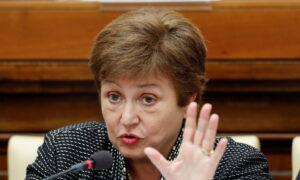 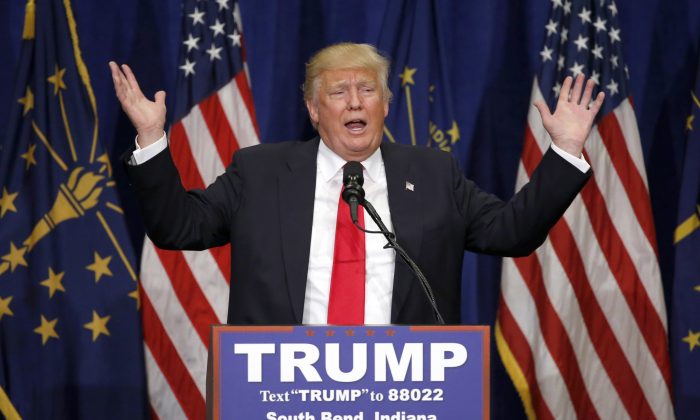 Donald Trump Refused to Release His Tax Returns, Then Backtracked

It seems that Trump will release his tax returns before Election Day 2016. Maybe.

The Associated Press published an interview on May 11 in which the presumptive Republican presidential nominee Donald J. Trump refused to release his tax returns.

The billionaire then said he will not release them before November due to an ongoing audit of his finances being conducted by the Internal Revenue Service.

In interview I told @AP that my taxes are under routine audit and I would release my tax returns when audit is complete, not after election!

Dr. Joseph J Thorndike, director of the Tax History Project, noted that President Richard M. Nixon released his tax returns while he was under audit, starting the tradition of presidential candidates making their returns public.

“I think 40 years of tradition carries real moral and ethical weight,” Thorndike told The New York Times. “It is quite striking that a major candidate would decide not to release their tax information—especially someone with an admittedly complex tax situation.”

Methinks the Donald doth protest too much. Show voters your back taxes, @realDonaldTrump. #WhatIsHeHiding

Many prominent Republican and Democratic politicians have pressured Trump or criticized him for his refusal.

Notably, Mitt Romney—the GOP’s 2012 presidential candidate—said “it is disqualifying for a modern-day presidential nominee to refuse to release tax returns to the voters, especially one who has not been subject to public scrutiny in either military or public service.”

“Tax returns provide the public with its sole confirmation of the veracity of a candidate’s representations regarding charities, priorities, wealth, tax conformance, and conflicts of interest,” wrote Romney on Facebook.

“[T]he potential for hidden inappropriate associations with foreign entities, criminal organizations, or other unsavory groups is simply too great a risk to ignore for someone who is seeking to become commander-in-chief,” explained the former Massachusetts governor.

Some of the backlash might have changed Trump’s mind, as he backtracked in an interview—published after the AP article—with Fox News‘s Greta Van Susteren.

When Van Susteren repeated his previous refusal to release his returns, Trump quickly interjected: “I didn’t say that. I said I’m being audited.”

On the possibility of releasing returns that are not under IRS scrutiny, Trump said “There’s a link between [those returns] and other things.”

Trump claimed he has been audited “every single year” for many years.  “No lawyer would say release it when you are under audit.”

He said it would be “meaningless” to release the returns from years ago when he had not been audited.

“So, the answer is, I’ll release. Hopefully before the election I’ll release,” he concluded. “And I’d like to release.”

In February 2015, Trump told radio host Hugh Hewitt that he had “no objection” to releasing his tax returns.

“I would also explain to people,” continued Trump, “that as a person that’s looking to make money, you know, I’m in the business of making money until I do this. And if I won, I would make money for our country.”