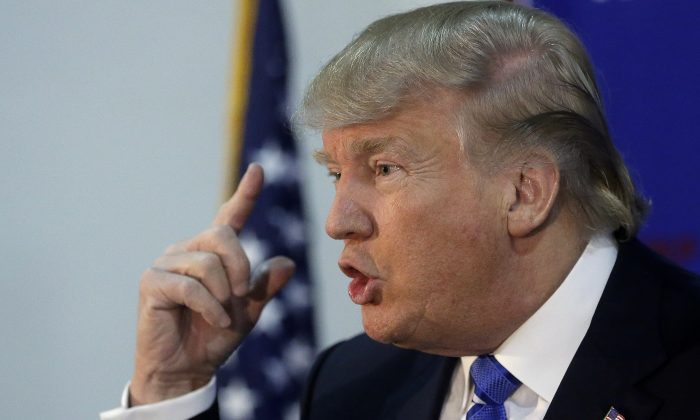 Donald Trump took to social media to clarify comments he made to a reporter about the suggestion of a database for Muslims.

The situation started when Trump was asked by a Yahoo News reporter whether he would consider creating a in a database and making them carry a special form of identification that noted their religion, and he wouldn’t rule it out.

He admitted that the idea is “frankly unthinkable” but emphasized it might need to be done.

Soon after, Trump was asked by a reporter during a campaign stop point-blank: “Should there be database that tracks the Muslims that are in this country?”

Many took that as an affirmative answer that yes, there should be a database, but Trump later said that he didn’t necessarily agree.

“We must defeat Islamic terrorism & have surveillance, including a watch list, to protect America.”

Indeed, Trump’s following comments during the interaction with the reporter seem to have been taken out of context, as noted by liberal news website Slate.

Trump has not added anything else on the matter as of yet, but will likely address it again in the near future.