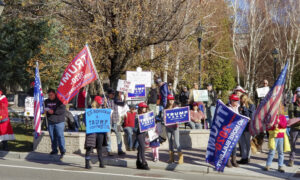 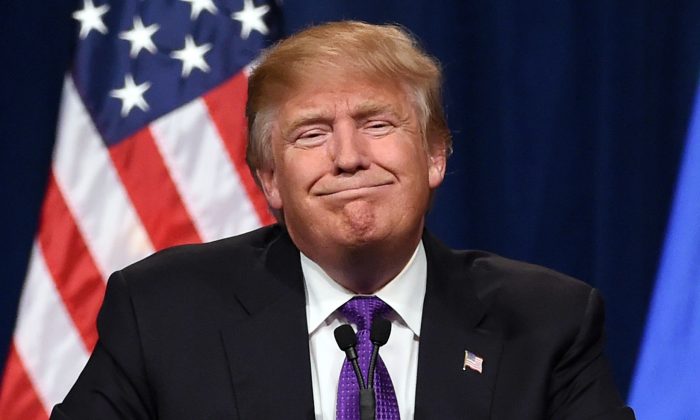 Donald Trump said he did not disavow former Ku Klux Klan leader David Duke because he had a “lousy earpiece.”

“I’m sitting in a house in Florida with a very bad earpiece that they gave me, and you could hardly hear what he was saying,” the Republican presidential frontrunner told NBC’s “The Today Show,” referring to an interview he gave to CNN on Sunday morning.

I disavowed David Duke and I disavowed him the day before at a major news conference.
— Donald Trump

“Now, I go, and I sit down again, I have a lousy earpiece that is provided by them, and frankly, he talked about groups,” Trump added, making a reference to a question from CNN‘s Jake Tapper, who asked Trump about the Anti-Defamation League’s call for him to denounce groups who are endorsing his presidential run.

Trump continued: “He also talked about groups. And I have no problem with disavowing groups, but I’d at least like to know who they are. It would be very unfair to disavow a group, Matt, if the group shouldn’t be disavowed. I have to know who the groups are. But I disavowed David Duke.”

Trump then made sure to disavow Duke, the former Grand Wizard of the KKK who is seen as a pernicious individual to be associated with due to his views on race.

In the interview, Trump told Tapper that he didn’t know Duke. In 2000, when Trump  considered running for president, he declined to accept the support of the Reform Party, citing Duke’s involvement with the group.

Cruz, Rubio Scrambling to Catch Trump Ahead of Super Tuesday

According to polls, Trump appears to be the frontrunner heading into Super Tuesday, when 11 states will hold primaries and caucuses in a day.

He took shots at his rivals in the “Today” interview.

“He did it because he’s desperate,” Trump said of Marco Rubio. “He’s down in the polls. He’s a nervous wreck.”