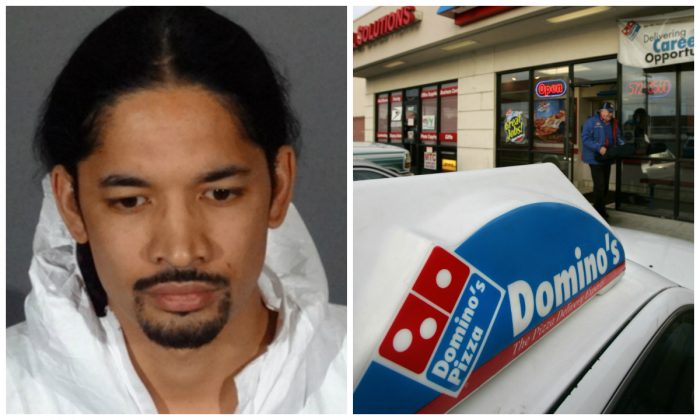 COVINA, Calif.—Police say a pizza deliveryman in Southern California has been arrested on suspicion of stabbing a customer during a fight over how long it took for the pizza to arrive.

Covina police said Sunday that the 20-year-old victim was stabbed in the wrist and neck Saturday night and was treated for non-life threatening injuries.

Sgt. Gregg Peterson said investigators located 31-year-old Michael Charles Parker at a Domino’s Pizza restaurant and took him into custody. He was booked for investigation of assault with a deadly weapon.

A call to a number listed for Parker in the nearby city of Glendora went unanswered.

A Domino’s Pizza spokesman told KNBC-TV he didn’t know about the arrest, adding that the company was shocked by the allegation and hope the customer is OK.