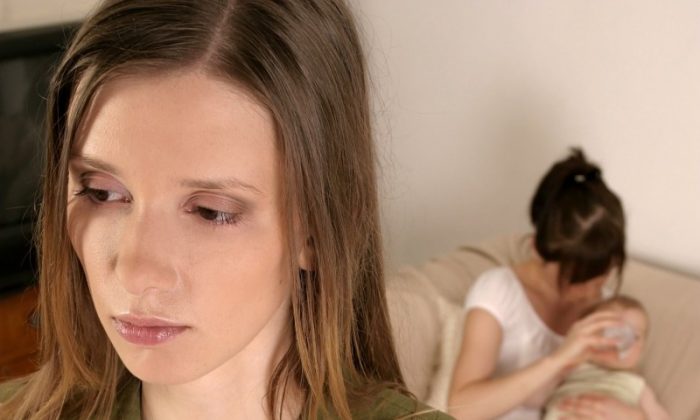 A young mother leaves her child with a domestic worker. Domestic workers around the world face physical, financial, and emotional abuse on the job due to a lack of rights and protection, according to a new report. (Bartosz Ostrowski/Photos.com)
US

Domestic workers around the world face physical, financial, and emotional abuse on the job due to a lack of rights and protection, a new study has found.

The UN-sponsored research, released by the International Labour Organization, says the nearly 53 million domestic workers around the world, most of whom are women, are often exposed to abuse on the job such as overwork, economic exploitation, and even rape and physical abuse.

Not included in this figure are 7 million children under 16 who labour as domestic workers and are at risk of to many of the same abuses.

“A lot of the issues that domestic workers face that were raised in the report are the same problems that clients in our office see or experience,” Lim told The Epoch Times, adding that Canada’s Live-in Caregiver Program is particularly prone to abuse.

“You can imagine if you were living [in the same home as] your boss, what your bargaining power would be, and your ability to bargain around your working conditions.”

The report notes that domestic work—such as child, elder, and patient care, housecleaning, and cooking—is predominantly carried out by migrants or members of historically disadvantaged groups.

The nature of the work, which takes place in private homes, means that domestic workers are less visible than other workers, making them more vulnerable to abusive practices.

Canada is home to approximately 73,000 domestic workers (95 percent are women from the Philippines), who primarily enter the country via the Live-in Caregiver Program (LCP).

One of the requirements of the program is that the domestic workers—who need to be qualified to provide care for children, elderly persons, or persons with disabilities—must live in the household of their employer.

The program only allows participants to apply for permanent residence after working for two years as live-in caregivers.

Lim says that because workers are tied to the same employer while they wait to apply for permanent residence they are completely dependent on that employer and hesitate to complain or report abuse or exploitation.

According to a separate report prepared for the Metcalf Foundation on migrant worker’s insecurity in Canada, due to LCP workers’ living arrangements, many gradually end up being “on-call” 24-hours a day, allowing the line between work and off-work hours to be increasingly blurred or manipulated.

The Metcalf report notes that since 2000, the number of migrant workers employed in Canada has more than tripled, especially among low-wage, low-skilled workers in sectors such as caregiving, agriculture, hospitality, food services, construction, and tourism.

In 2006 for the first time, the number of temporary foreign workers entering Canada exceeded the number of economic immigrants who were granted permanent resident status, and this trend has continued.

The report says a “critical and urgent public discussion” must take place to ensure that temporary workers rights abuses do not become “normalized,” and points out that the narrative in current policies tend to encourage discrimination.

“To the extent that laws construct workers as “temporary,” “foreign” and “unskilled,” they likewise devalue the real contributions of these workers to the functioning of our economy and communities and construct the workers as “other,” as “not us,” as persons outside the community to whom we need not be accountable,” reads the report.

Lim says if domestic work was more valued, it would be reflected in Canadian law and immigration policies.

“Live-in caregiving work and domestic work is valuable work,” she says. “Predominately women who come to Canada are helping to raise Canadian families—why don’t you just give them permanent residence status immediately?”

In 2011, the International Labour Organization held a Domestic Workers Convention in Geneva that aimed to set labour standards for domestic workers, who are excluded in most countries from labour laws that regulate working time, minimum income, and basic employee protections.

The ILO’s Convention189 was ratified in 2012 and will come into effect in September. Canada, however, has not yet joined and has been criticized for trying to weaken and impede adoption of the convention. Uruguay, the Philippines, Mauritius, Italy, Paraguay, Bolivia, Nicaragua, and Colombia have all ratified the convention.

The convention is equal to an international treaty, and compels signatory nations to take steps to ensure fair labour standards for domestic workers and protect them from abuse. Countries that violate the terms of the treaty would face international sanctions.

Citizenship and Immigration Canada (CIC) says the federal government would need agreement from all provinces and territories—14 jurisdictions in all—before ratification could proceed.

Lim says she thinks the government is trying to shift responsibility, and has not attempted to engage any provinces or territories on the issue.

“Not ratifying this treaty sends a strong message to all live-in caregivers that the government does not protect them or promote the best interests of people who come into Canada and are in affect raising Canadian families,” she says.