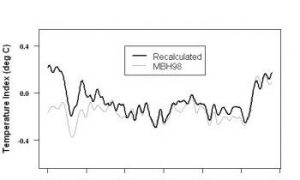 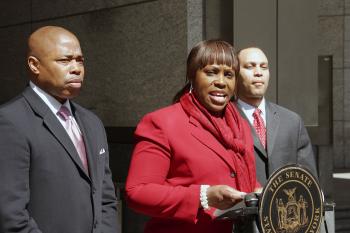 By Margaret Lau
Print
NEW YORK—New Yorkers embarking on a relationship may soon be able to find out whether they are going out with someone with a history of domestic violence.

“We will ensure that the hands that are hugging you today are not the same hands that abused an innocent person yesterday,” said state Sen. Eric Adams.

City officials have responded to Coit’s murder by calling for new legislation that will require domestic violence offenders to register in the same way that sex crime offenders already do.

Assemblywoman Vanessa Gibson and Assemblyman Hakeem Jeffries joined Adams in front of the Manhattan Family Court on Lafayette Street on Sunday to announce the new legislation.

“Domestic violence is a cancer in our society, and like all cancers, early detections save lives. The bill that we will introduce will call for a registry of all individuals who have been previously convicted of domestic violence,” Adams said.

Jeffries explained the rationale for introducing the new legislation: “In the face of this most recent tragedy, we cannot remain silent when there are steps that the Legislature can take to protect individuals and to protect women from those who would do them harm.”

According to Gibson, statistics released by the mayor’s office indicate that there were 249,000 domestic violence incidents and 67,000 related home visits by the NYPD in 2010.

If passed, the law will require individuals convicted of domestic violence to register in a database. “It will help to educate the public, … as well as to make sure that we shed the light on those who are habitual abusers that prey on innocent people,” said Adams.

Many victims assume an incident of domestic violence to be a one-time occurrence, reasoning that their partner simply lost temper and displayed a momentary fit of anger, said Jeffries. “But if that victim has the ability to check the registry and determine that no, this was not just a momentary lapse, it wasn’t just a one-time incident, that this individual has a record of abuse, the likelihood of reporting should skyrocket,” he said.

The registry will only apply to the most serious offenders, those convicted of felony crimes. It will not apply to those who have been arrested for harassment or a misdemeanor assault, Adams said.

“We are not trying to categorize our population,” added Gibson. “We do not want to wait for any murders to occur, as they have done, before we take any action.”