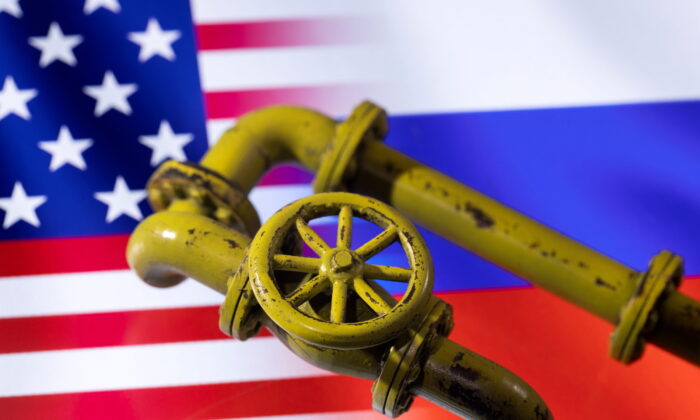 Nobody ever said that being president of the United States is an easy job. Whoever sits in that office has to juggle the competing demands and interests of various constituencies. The political tendency is for a president to make more promises to various societal sub-groups than he can actually do for them.

Underneath all the politicking, salesmanship, and maneuvering lies an inescapable reality: A president can’t be all things to all people. At some point, he needs to act praxeologically. Praxeology—literally, the study of human action—teaches us that the central act of being is the act of choosing between various possible alternatives. As the economist/praxeologist would say, humans choose that which (at the moment, at least) they value more over that which they value less.

President Joe Biden is at a point where he must make a choice that’s far more momentous than the options that presidents typically face most days. His most vitally important choice today is how to deal with an aggressive, empire-seeking Russia.

The survival and safety of our country and its people must be a president’s top priority. Speaking praxeologically, Biden must choose to take whatever actions are necessary to protect Americans both today and in the coming years from a rogue regime that seeks to blow up a world of peaceful global commerce and return to a more primitive goal of brute conquest.

At some point, a president needs to remember that his primary constituency is the entire population of the United States of America. At a time of war, domestic policy priorities need to take a back seat to a successful policy against a foreign aggressor. The argument that Vladimir Putin is not engaged in aggression against us is disingenuous. His ruthless rape of Ukraine today and designs against the sovereignty of other lands tomorrow poses a grave threat to our European allies and to the peaceful post-World War II world order. This constitutes an economic threat against us today and a potential existential military threat going forward.

Far too often, unliked leaders have been recklessly compared to Adolph Hitler. A comparison of Putin to Hitler, by contrast, has considerable validity. Both are leaders whose national pride was deeply wounded when their respective homelands lost prestige by losing wars. Hitler sought to reverse the outcome of World War I and Putin is seeking to reverse the outcome of the Cold War. In both cases, appeasement of the aggressor is not a viable policy. Just as Hitler had to be defeated so that the German people could enjoy the peaceful prosperity of the post-World War II decades of peaceful economic competition rather than destructive military conflict, so Putin needs to be defeated today to give the Russian people a chance (and it’s only a chance—one that could easily be thwarted by the endemic corruption in Russia) to reach their economic potential by focusing on the peaceful development of their considerable natural endowments.

Biden seems to sense this. His recent approval of $33 billion of aid (the majority of it in the form of military supplies) indicates that he understands that defeating Russia in Ukraine is essential for preventing additional Russian depredations later on. However, the president still needs to shake off political habits formed over the past half-century and realize that he can’t afford to let lesser considerations interfere with the primary objective of putting a decisive end to Russian expansionism. Thus, Biden should not have used his recent letter to Congress requesting more aid for Ukraine as a platform for also appealing for additional billions for domestic COVID-19 funding. Let Congress debate COVID-19 funding, but don’t let the debate over that issue delay the urgently needed funding for Ukraine.

Similarly, Biden should direct his climate envoy, John Kerry, to cease making aggressive statements against the natural gas industry. Kerry recently asserted, “We have to put the [natgas] industry on notice: You’ve got six years, eight years, no more than ten years or so [to figure out how to capture emissions, and if you don’t] we have to deploy alternative sources of energy.” Kerry ominously stated, “No one should make it easy for the gas interests to be building out 30- or 40-year infrastructure,” essentially implying that the natural gas industry should be defunct before then.

This is exactly the wrong moment to push for the extinction of the natural gas industry—and not just because the timetable Kerry envisions is impossible to achieve. Right now, our allies in Europe are facing great hardship as they desperately scramble to find enough energy sources to enable them to survive without Russian supplies. (And, we should point out, even the German Green Party realizes that their country needs more, not less, fossil fuels now, due to the Russian threat.)

The single best domestic policy shift that Biden could make to help and strengthen our European allies would be to give American fossil fuel companies the green light to ramp up production ASAP. That would lessen the hardship that Europeans will endure in weaning themselves from Russian energy supplies. Besides helping our side in the conflict with Russia, such a policy shift would help to lower gasoline and natural gas prices here at home, too. At a time when talk of a coming recession is growing, it makes sense to let American companies capable of employing thousands of Americans produce the energy that both Americans and Europeans need.

Come on, Mr. President. You know what’s at stake in the Ukraine war. Let the American fossil fuel industry do its part to help our side prevail.