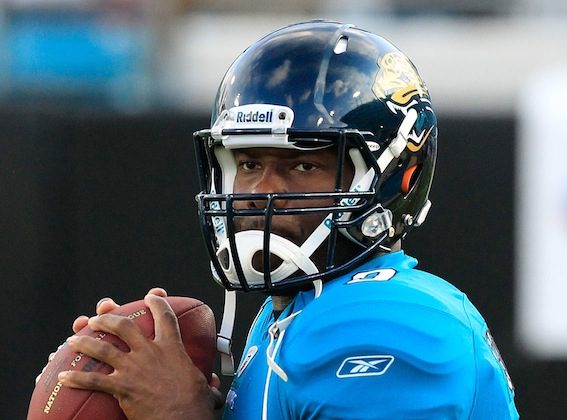 Former Pro Bowl quarterback David Garrard was cut Tuesday by the Miami Dolphins, according to a report on the NFL’s website.

The 34-year-old Garrard who was Jacksonville’s starting quarterback from 2006-10, missed most of last season with a back injury. He was competing for a backup spot behind rookie Ryan Tannehill along with Matt Moore. Either Moore or Garrard would have made too much money to be a third-string quarterback.

Garrard led the NFL in lowest interception percentage in 2007 (0.7) with Jacksonville after throwing just three picks as compared to 18 touchdowns in 12 games, though his Pro Bowl season was in 2009 when he threw for 3,597 yards.

The East Carolina product will most likely get a chance to catch on with a team after Week 1 when new contracts signed would be non-guaranteed.