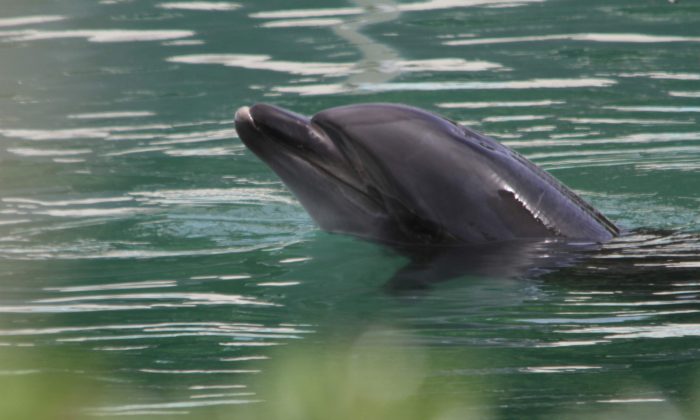 Dolphin Has Been Carrying Body of Dead Calf on Its Back for Days: Report

About six months ago, an orca carried the body of its dead calf for weeks, capturing the world’s attention.

The bottlenose dolphin has been carrying the calf on its back in waters near New Zealand’s Bay of Islands.

The New Zealand’s Department of Conservation (DOC) said it thinks that the bottlenose dolphin is the mother because it is “displaying strong maternal bond behavior as is typical with marine mammals, including carrying the calf on her back and vocalizing on the calf.”

“If in doubt avoid all dolphin groups in the Bay of Islands,” said Dr. Catherine Peters, with the DOC, in a statement. The DOC said it is urging boaters to keep away from the dolphin and calf.

Peters said the dolphin is grieving the loss of its calf, and people in the water need to give the animal “extra space.”

“The rest of the dolphin group has at times separated from the female leaving her vulnerable. She has dropped the calf frequently as she tried to swim, and then circles back to retrieve it,” the DOC also wrote.

During the summer, which is now in New Zealand, is when most dolphins give birth.

“If dolphin mothers are subject to ongoing disturbance they are prevented from doing what is necessary to care for themselves and their calves,” the statement said.

The DOC also issued recommendations on how to approach dolphins.

-Carefully approach dolphins from their side and slightly to the rear

-Don’t approach a group of dolphins if three or more boats are already within 300 meters (1,000 feet) of the group

A new creature has been spotted mourning the loss of her baby.

-Maneuver your boat carefully—do not obstruct their path, cut through a group, or separate mothers from calves

-This lets the dolphins carry on with important activities like nursing and catching fish. If they are not interested leave them alone

-If you spot a dolphin less than half the size of an adult, keep your vessel 100 m away from the mother and calf

-Give bottlenose dolphins a break from all boats between 11:30 a.m. and 1:30 p.m.—do not approach them during this time

Last year, an orca named J35, or Tahlequah, was carrying its dead calf since it was born on July 24.

The calf only lived a few hours, it was reported at the time.

After it died, the animal refused to let it sink to the bottom to be eaten by predators. Instead, it kept the calf afloat, pushing it with her forehead while heading east from the southeast tip of Vancouver Island, Canada toward San Juan Island, north of Puget Sound.

Weeks later, the orca eventually let go of the calf.

The animal’s “tour of grief is now over and her behavior is remarkably frisky,” said the Center for Whale Research.