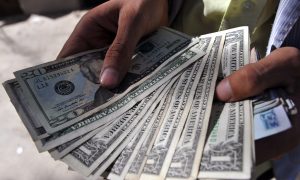 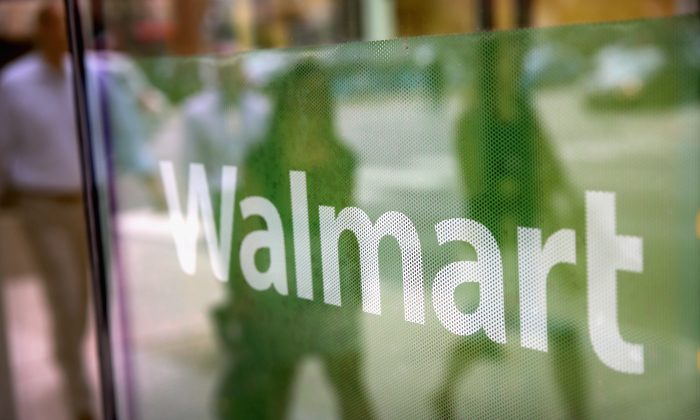 The Walmart logo in a store in Chicago, Illinois, on Aug. 15, 2013. Walmart in the world's largest retailer. (Scott Olson/Getty Images)
Business & Economy

The ongoing three-way tussle for control of Family Dollar Stores Inc. will have lasting consequences beyond the dollar store industry. Wal-Mart, the world’s biggest retailer, is keenly watching the saga unfold.

In late July, Family Dollar agreed to be acquired by Dollar Tree Inc. in an $8.5 billion cash and stock deal, worth $74.50 per share, a 22.8 percent premium over the company’s July 25 closing price.

The combination would create the continent’s biggest dollar store retail chain with more than 13,000 locations in 48 states and five Canadian provinces.

Currently, Dollar Tree is the nation’s third-largest dollar store, with more than $2 billion in annual revenues and 4,891 stores. Family Dollar is the second-largest retail chain in the industry.

But the nation’s biggest dollar-store chain, for now, wasn’t going to stand pat. LAst Monday Dollar General Corp. made a cash offer of $9.7 billion, or $78.50 a share, to acquire Family Dollar. Such a merger, if consummated, would leave Dollar Tree a distant rival to the new entity.

But later in the week, Family Dollar rejected Dollar General’s bid, citing that the nation’s biggest dollar store failed to sufficiently respond to antitrust concerns of such a merger.

Family Dollar’s board continued to recommend that its shareholders vote for the proposed deal with Dollar Tree.

Dollar General sent a letter to the board of Family Dollar last week, publicizing a series of attempted engagements to explore a merger between the two companies prior to Dollar Tree’s offer. The letter claimed its offer was superior, while alleging that Family Dollar’s CEO Howard Levine did not adequately explore a combination with Dollar General for fear of losing his position in the merger. Dollar General was so sure that its bid would pass antitrust review that it included a $305 million breakup fee to be paid to Family Dollar in the event that a merger would collapse.

Dollar General has one prominent Family Dollar shareholder in its corner: billionaire activist investor Carl Icahn. Icahn, who amassed a 9.4 percent stake in Family Dollar in June and is not a fan of CEO Howard Levine, had pushed for the company to sell itself to Dollar General.

Icahn called Family Dollar’s dismissal of Dollar General’s bid “a quintessential example and a reflection of what is wrong with Corporate America,” in an interview with Reuters.

“The Family Dollar board is wasting more than $300 million (in potential breakup fees) in an attempt to chill a competing bid from Dollar General, which would keep Howard Levine out of the company once and for all even though the Dollar General bid would enhance the value of Family Dollar stock,” he continued.

Icahn had cut his stake in the chain to 3.6 percent as of the end of July, according to public filings.

As of Aug. 23, Dollar General is weighing its options and is expected to sweeten the offer.

So far, Wal-Mart Stores Inc. expressed no interest in bidding for any of the dollar stores. Despite its lack of interest, Wal-Mart will be impacted by dollar store industry consolidation.

The two dollar-store chains, which ultimately combine will pose a significant challenge to Wal-Mart. Although the name “dollar store” implies that it only sells items for $1, these stores carry a wider variety of products—at a discount—and in many areas offer stiffer competition against Wal-Mart than its more traditional rival Target Corp.

Unlike many Wal-Mart super centers, dollar stores tend to be smaller, carry more relevant basic consumable goods, and are typically located in the amid residential developments.

Their target customer base of low-income shoppers is also a core customer for Wal-Mart, which has offered promotions such as price matching and “Savings Catcher” in recent years to woo such customers.

Wal-Mart’s U.S. same store sales were flat as of the fiscal second quarter (and fell in the first quarter). The company is in the middle of opening hundreds of Neighborhood Markets and Walmart Express stores to restore growth.

But a bigger dollar store rival in the United States will suddenly make Wal-Mart’s growth plan much more difficult.