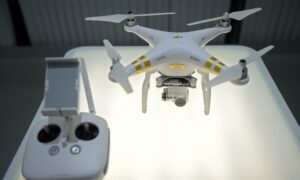 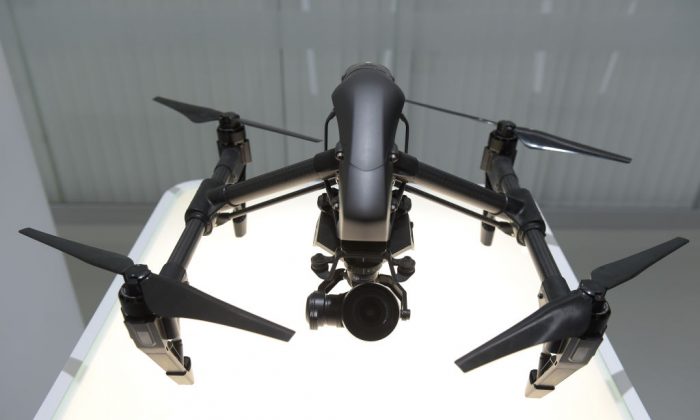 File photo of a drone. (NICOLAS ASFOURI/AFP/Getty Images)
US News

DOJ Updates Policy on Drone Use in Investigations, Search and Rescue

The Department of Justice (DOJ) updated its policy on the use of drones for investigations and other law enforcement activities.

The new version of the policy, which replaces previous guidelines from 2015, lays out a framework for the “responsible, appropriate, and effective use” of such technology that is intended to serve as a model for the state, local, tribal, and territorial public safety partners.

The updated policy is similar to the 2015 version (pdf) but also adds additional measures to address cybersecurity and privacy concerns. According to a department announcement on Wednesday, the policy requires operations using unmanned aircraft system (UAS) technology to be approved at an appropriate level and conducted by staff who meet department-wide training standards.

The new policy also requires the department to evaluate acquisitions of UAS technology for cybersecurity risks in an attempt to guard against potential threats to the supply chain and DOJ’s networks, the statement said.

This comes after the Department of the Interior (DOI) grounded a fleet of 800 drones in October over concerns that the drones—manufactured in China or with components manufactured in China—could be used by the Chinese regime to conduct surveillance activities on its users. The drones will remain unused until all potential security risks are fully reviewed.

“Secretary [Bernhardt] has directed that drones manufactured in China or made from Chinese components be grounded unless they are currently being utilized for emergency purposes, such as fighting wildfires, search and rescue, and dealing with natural disasters that may threaten life or property,” according to a DOI statement obtained by The Verge.

Congress has sought to ban the federal government from procuring or using Chinese-made drones in order to reduce national security risks. A bipartisan group of senators introduced a bill, the American Security Drone Act of 2019 (S.2502), in September, seeking to ban federal departments and agencies from buying any commercial off-the-shelf drone or small unmanned aircraft systems (UAS), either manufactured or assembled in countries deemed a national security threat to the United States. China was named among those countries, as well as Iran.

Then in October, the House Committee on Homeland Security unanimously passed a bill that would bar the Department of Homeland Security (DHS) from operating, providing financial assistance for, or entering into or renewing a contract for the procurement of a UAS from foreign countries like China.

The Justice Department also said the updated policy places limits on data retention by requiring privacy-sensitive data to be deleted within 180 days, unless certain exceptions are met.

“The Department welcomes lawful and beneficial uses of UAS, which promise to enhance the economy and transform the delivery of goods and the provision of critical services ranging from search-and-rescue to industrial inspections,” the statement said.

“At the same time, the Department will not hesitate to take action against those who threaten the safety of our skies and the public,” it added.