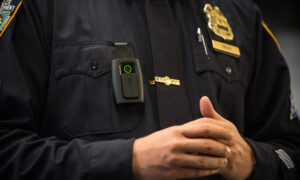 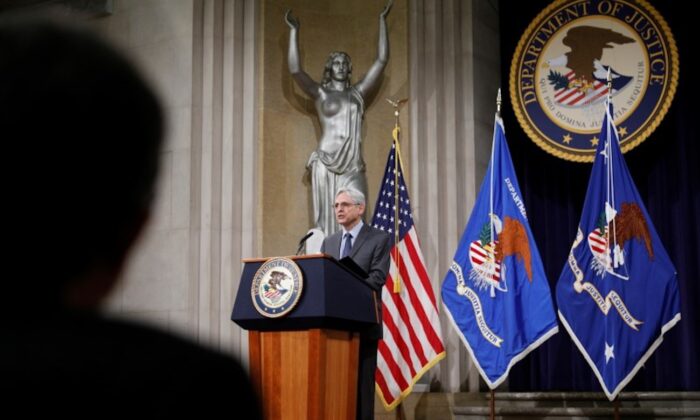 Attorney General Merrick Garland delivers remarks at the Department of Justice in Washington on June 11, 2021. (Tom Brenner/Pool via Reuters)
Politics

The Justice Department announced Monday that it will be tightening its policies and procedures for obtaining records of U.S. lawmakers, after it emerged that the department under the Trump administration obtained records from Democrats on the House Intelligence Committee.

“As I stated during my confirmation hearing, political or other improper considerations must play no role in any investigative or prosecutorial decisions,” Attorney General Merrick Garland said in a statement. “These principles that have long been held as sacrosanct by the DOJ career workforce will be vigorously guarded on my watch, and any failure to live up to them will be met with strict accountability.”

“Consistent with our commitment to the rule of law, we must ensure that full weight is accorded to separation-of-powers concerns moving forward,” Garland added.

Garland’s statement comes as the department faces backlash, after The New York Times first reported on June 10 that prosecutors in the DOJ under the Trump administration had issued subpoenas to Apple in 2017 and 2018 seeking data from people associated with the House Intelligence Committee, as part of a probe to find out who was behind leaks of classified information related to the Russia investigation and other national-security issues.

Schiff called for an Inspector General inquiry on June 10, and accused former President Donald Trump of having “repeatedly and flagrantly demanded that the Department of Justice carry out his political will, and tried to use the department as a cudgel against his political opponents and members of the media.”

On Friday, Inspector General Michael Horowitz said he directed his office to launch a review into use of subpoenas under the previous administration and to determine whether those decisions were driven by “improper considerations.”

“There are important questions that must be resolved in connection with an effort by the department to obtain records related to members of Congress and congressional staff,” Garland added.

House Judiciary Committee chairman Jerrold Nadler (D-N.Y.) has also said the panel will open a formal investigation into the matter.