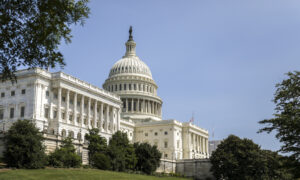 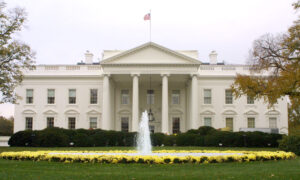 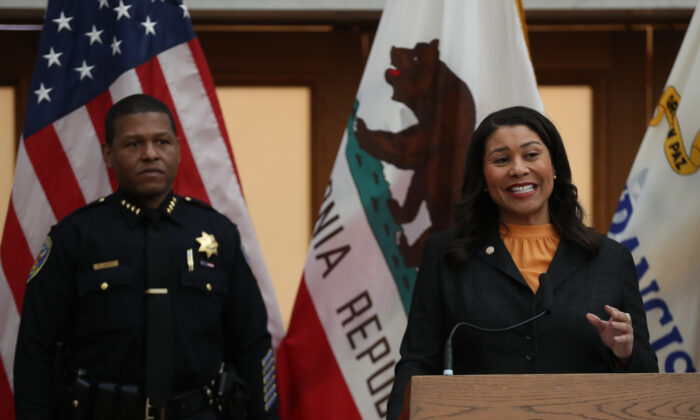 San Francisco officials are relaxing their regulation limiting churches to one congregant per indoor service, after the Department of Justice called the edict “draconian” and “wholly out of step with this nation’s understanding of religious liberty.”

Mayor London Breed said Sept. 29 that, beginning today, churches could host up to 50 people for indoor worship meetings, but she warned that the more restrictive regulation would be restored if CCP (Chinese Communist Party) virus infections increase following relaxation of the one-congregant rule.

“The last thing we want to see is a spike in cases and a need to roll back all the progress we’ve made,” Breed said.

The limitation to one person wasn’t applied against organizations “allowing multiple patrons in other indoor settings, including gyms, tattoo parlors, hair salons, massage studios, and daycares,” the DOJ stated.

“In particular, the limitation of indoor worship to one congregant without regard to the size of the place of worship is draconian, out of step with the treatment afforded other similar indoor activities in San Francisco, wholly at odds with this nation’s traditional understanding of religious liberty, and may violate the First Amendment to the Constitution.”

Dreiband heads the Department of Justice (DOJ) Civil Rights Division, while Anderson is the U.S. attorney with jurisdiction in San Francisco.

City officials have public health obligations, especially in times like the current pandemic, but those duties don’t displace constitutional rights, they said.

“In exigent circumstances, the Constitution allows some temporary restriction on our liberties that would not be tolerated in normal circumstances,” they wrote.

“But, there is no pandemic exception to the Constitution. Individual rights, including the protections in the Bill of Rights, are always operative and restrain government action.

“Thus, even in times of emergency, when reasonable, narrowly-tailored, and temporary restrictions may lawfully limit our liberty, the First Amendment and federal statutory law continue to prohibit discrimination against religious institutions and religious believers.

“These principles are legally binding, and the Constitution’s unyielding protections for religious worshipers distinguish the United States of America from places dominated by tyranny and despotism.”

The federal officials encouraged Breed to revise the regulation and noted that “the Department of Justice is reviewing its options and may take further action, as and if appropriate, to protect the religious liberty rights of the people of San Francisco.”

Herrera claimed that the city is “opening at the speed of safety,” and he said local officials are planning to allow larger church gatherings “beyond what is described in the federal government’s letter.”

The new plan allows indoor meetings of 25 percent of a church congregation’s total capacity but not more than 50 individuals, as well as outdoor gatherings of up to 100 people, with social distancing, masking, and other safety protocols.

A spokesman for the city attorney referred The Epoch Times to the statement Herrera previously released to local media outlets.

First Amendment and religious freedom advocacy groups were not reluctant to comment on the San Francisco rule.

Jeremy Dys, special counsel for litigation and communications at the Plano, Texas-based First Liberty Institute told The Epoch Times on Sept. 30 that “San Francisco has some of the most draconian restrictions on the free exercise of religion this country has ever seen, but that’s in part the result of Gov. Gavin Newsom’s continued hostility toward the religious liberty during COVID.”

Dys applauded DOJ, saying the department is right and that ”there is no pandemic exception to the Constitution.”

”Using a pandemic as an excuse to impose restrictions on the free exercise of religion that would make totalitarian regimes envious is inexcusable,” he said.

California has been a hot spot of controversy due to the state’s extreme regulation of churches during the pandemic. Los Angeles County officials, for example, have repeatedly lost in court struggles against Senior Pastor John MacArthur’s Grace Community Church before winning a temporary injunction against indoor worship services.

North Valley Baptist Church in Santa Clara stopped holding indoor services and moved them outdoors after officials imposed more than $50,000 in fines on the congregation.

Senior Pastor Jack Trieber declared victory after officials agreed to drop the fines as a result of the move to outdoor services with social distancing.