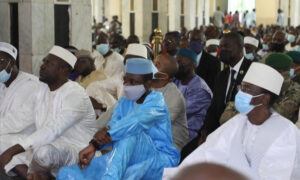 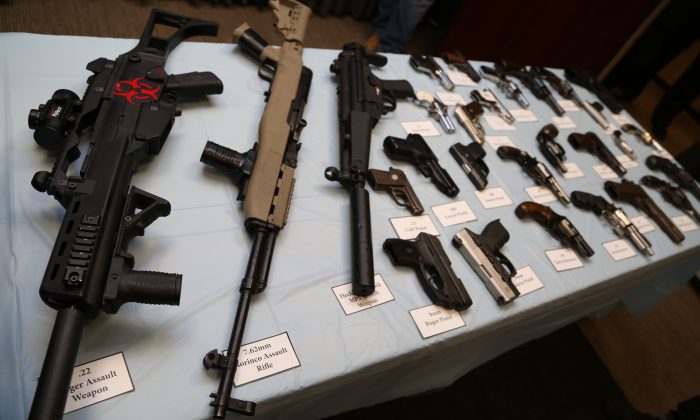 Attorney General Merrick Garland is rolling out five cross-jurisdictional strike forces to disrupt illegal firearms trafficking in key regions across the United States, according to officials.

Garland, along with Deputy Attorney General Lisa Monaco, visited Bureau of Alcohol, Tobacco, Firearms and Explosives (ATF) headquarters in Washington on July 22 for the official start of the program before traveling to Chicago—one of the five strike-force cities, officials said.

“All too often, guns found at crime scenes come from hundreds or even thousands of miles away. We are redoubling our efforts as ATF works with law enforcement to track the movement of illegal firearms used in violent crimes,” Garland said in a statement. “These strike forces enable sustained coordination across multiple jurisdictions to help disrupt the worst gun trafficking corridors.”

The effort, which the Department of Justice (DOJ) first announced on June 22, is meant to strengthen enforcement against gun-trafficking networks to disrupt the flow of unlawfully obtained firearms to places where they are used to commit crimes.

At the time, Garland said the measure is designed to bolster cooperation between the federal government and “local partners,” while hailing the move as “another concrete step to address violent crime and illegal firearms trafficking.”

DOJ officials said during a July 21 call with reporters that the new strategy entails a “long-term coordinated, multi-jurisdictional strategy” to disrupt gun-trafficking networks.

A department official said the new strategy establishes “cross-jurisdictional coordination” between the areas that supply the illegal firearms and places where the guns are used to commit crimes.

The funding for the strike forces comes from the $1.9 trillion American Rescue Plan, according to the White House.

The initiative builds on the DOJ’s recently unveiled “Violent Crime Reduction Initiative,” which is designed to make clear “that firearms traffickers that provide weapons to violent offenders are an enforcement priority across the country,” the department said.

The move comes as a number of U.S. cities have seen significant increases in homicides in 2021 as compared with the same time last year, according to FBI data.

It also comes as Democrat members of Congress have introduced a series of gun-control bills, including bans on so-called assault weapons and on magazines that hold more than 10 rounds, as well as efforts to expand background checks.