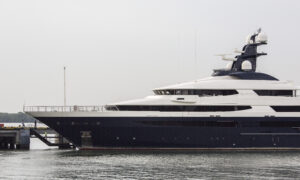 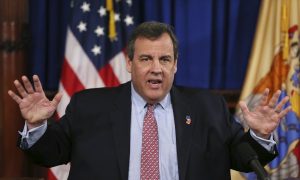 A Hawaiian woman will forfeit $3 million after she pleaded guilty on Aug. 31 to violating U.S. lobbying laws as part of an attempt by a foreign national effort to get the Department of Justice (DOJ) and the Trump administration to drop an investigation into the elaborate One Malaysia Development Berhad (1MDB) money-laundering scandal, and to arrange on behalf of a Chinese government minister for the return of a Chinese dissident living in the United States.

Nickie Mali Lum Davis, 45, a consultant living in Honolulu, Hawaii, did not disclose to the federal government that the lobbying effort was done on behalf of fugitive Malaysian financier Jho Low, who has been charged by the United States in a financial scandal that allegedly left $4.5 billion missing from Malaysia’s 1MDB state investment fund.

Under the Foreign Agents Registration Act, individuals who are enlisted by foreign entities to lobby the federal government are required to register that work with the DOJ. Davis on Monday pleaded guilty to one count of aiding and abetting violation of the act, saying that she knew the government contacts she made would require registration but she “willfully failed to register.”

Davis admitted that in exchange for millions of dollars, she agreed to lobby the President of the United States and other high-level officials in the DOJ and Trump administration between March 2017 and January 2018 to drop civil forfeiture proceedings and the criminal probe into the matter.

The DOJ revealed that Davis’s lobbying actions included efforts to arrange meetings for the Chinese minister with the Attorney General, the Secretary of Homeland Security, and other high-level Trump administration officials during the minister’s visit to the United States in May 2017.

The lobbying attempts have failed.

In 2018, former DOJ employee George Higginbotham also pleaded guilty for his role in assisting the foreign national to deceive U.S. banks about the source and purpose of millions of dollars sent from overseas to finance the lobbying campaign.

The Malaysian wealth fund was established more than a decade ago to accelerate the country’s economic development but prosecutors say that it was actually treated as a piggy bank by associates of former Malaysian Prime Minister Najib Razak. Najib was sentenced July 28 in Malaysia to 12 years in prison for abuse of power and another 60 years on six counts of money laundering and breach of trust.

The Justice Department in 2018 charged Jho Low, who remains at large, in connection with the alleged money laundering and last year reached a civil settlement to recover more than $700 million in assets that officials say are traceable to the looted funds. Low denies any wrongdoing and did not admit any guilt or liability as part of the settlement.

“In exchange for millions of dollars, Nickie Davis and others covertly sought to do the bidding of a foreign government and a foreign principal by attempting to influence senior U.S. government officials regarding a pending Department of Justice investigation and the extradition of a foreign national,” Acting Assistant Attorney General Brian C. Rabbitt of the Justice Department’s Criminal Division said in a statement.

“Though Ms. Davis’s efforts were unsuccessful, this case demonstrates how foreign governments seek to advance their agendas in the United States by hiding behind politically influential proxies.  Such conduct poses a serious threat to our national security and undermines the integrity of our democracy,” Rabbitt continued.

“The failure to disclose these relationships harms both the American people and government officials by preventing them from accounting for and evaluating the true source of and motivation for foreign lobbying efforts.”

Davis’s admission of guilt is part of a plea deal with the DOJ. She faces a prison sentence of up to five years and another $10,000 fine when she is sentenced in January.