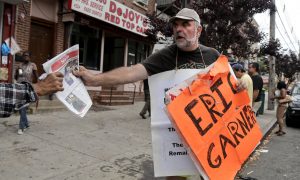 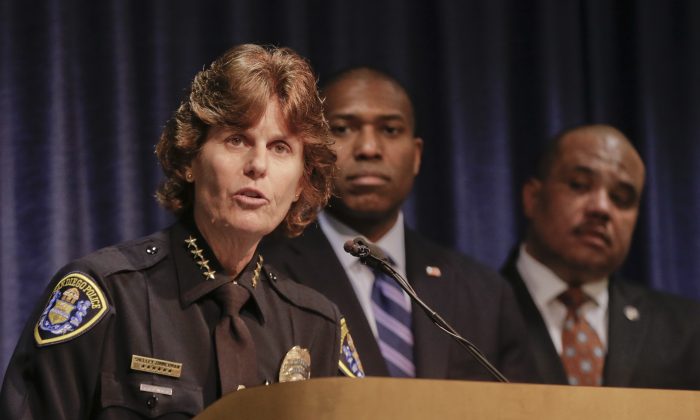 Arevalos was charged with asking for sexual favors from young women whom he pulled over during traffic stops. He frequently molested and abused female DUI suspects, asking them for their undergarments in exchange for letting them go without arrest.

Allegations of sexual assault began pouring in from women who said other San Diego officers also forced them to perform sexual acts.

In the end, out of the 10 officers who were investigated by the city, 6 of them were arrested. Arevalos was sentenced to eight years in prison.

Then-police Chief William Lansdowne publicly apologized for the actions of his officers, and vowed to reform the police department.

But several years later, in 2014, it happened again. Another San Diego officer was arrested and charged for groping women during pat-downs and intimidating them into performing sexual acts for him.

The news of yet another officer gone rogue left the public’s trust in shreds. Lansdowne decided that he would seek out help from the Department of Justice (DOJ) to figure out what went wrong, and how to truly fix the police force.

On Tuesday, the federal authorities finally released their report on the San Diego Police Department. They found that a lack of officer supervision, coupled with the department’s failure to hold offending officers accountable for their wrongdoing, led police misconduct to go on undetected.

Police Misconduct Too Hard to Complain About

The DOJ’s Community Oriented Policing Services (COPS) office reviewed 17 cases of officer misconduct that occurred between 2009 and 2014, while they were on and off duty. The incidents included sexual misconduct, driving while intoxicated, shoplifting, and attempting to cover up an alcohol-related police car accident, among other inappropriate behavior.

The DOJ report found that owing to staff cuts as a result of reduced department budgets, sergeants were forced to rotate between supervising different groups of officers throughout the week, sometimes only seeing a group once a week. That made it more difficult for sergeants to know what their officers were up to, according to the report.

Some supervisors were “acting sergeants,” who didn’t have the full authority to monitor their officers. For example, they weren’t allowed to access the department’s early warning system—a database meant to track officers’ problematic behavior—to check on the officers they supervised.

The federal reviewers also found that there was inconsistency with the way officers were disciplined. For the same offense, some were given a written reprimand, while others were suspended without pay.

Some officers showed “signs of personal distress” before committing their mistakes, which the warning system failed to capture. Again, the report noted that had supervisors engaged with their officers better, they could have intervened before some turned to misconduct.

To reform the department, the federal authorities made many recommendations, including training supervisors annually on fairness and discipline procedures; creating case studies out of past criminal misconduct for officers to learn from; and informing officers of any positive feedback that the community sends to the police department—as a means of encouraging them to understand residents better.