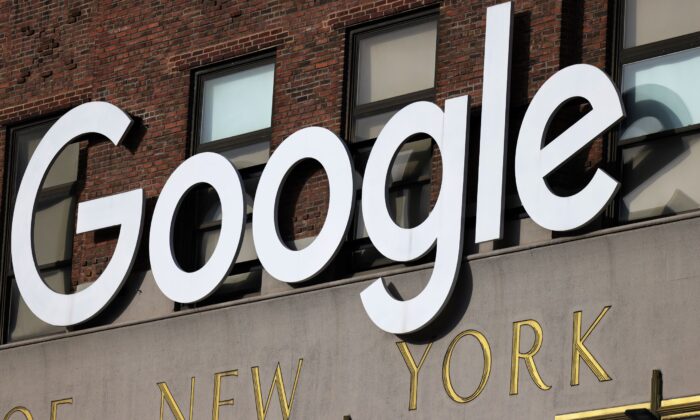 The Justice Department (DOJ) on Monday accused Google of training its employees to improperly use attorney-client privilege to hide documents from discovery in litigation and government investigations.

In a court filing, the Justice Department asked for Google to be sanctioned for creating a “Communicate with Care” program that the department says trains staff to include an attorney and a request for advice when writing about sensitive business issues.

“Often, knowing the game, the in-house counsel included in these Communicate-with-Care emails does not respond at all,” the department said, adding that many of the emails had to do with revenue share agreements that Google had struck with other companies.

“For almost a decade, Google has trained its employees to use the attorney-client privilege to hide ordinary business communications from discovery in litigation and government investigations,” the department said.

In the court brief, attorneys for the Justice Department said that Google has “explicitly and repeatedly instructed its employees to shield important business communications from discovery by using false requests for legal advice.”

The department claimed that “Google teaches its employees to add an attorney, a privilege label, and a generic ‘request’ for counsel’s advice to any sensitive business communications the employees or Google might wish to shield from discovery.”

“In these email chains, the attorney frequently remains silent, underscoring that these communications are not genuine requests for legal advice but rather an effort to hide potential evidence,” the court documents state.

“Documents produced by Google make the existence of this corporate strategy undeniable and demonstrate the prevalence of this practice throughout the company,” the department claimed.

Attorneys asked U.S. District Court Judge Amit Mehta to sanction Google and force the company to disclose more documents it has withheld or redacted in the antitrust case filed against it by state and federal governments.

After probing, the DOJ said that “Google’s outside counsel eventually deprivileged tens of thousands of documents initially withheld or redacted on the basis of privilege. These efforts, however, do not—and cannot—cure the misconduct inherent in Google’s efforts to hide relevant communications. Indeed, many more challenged documents remain outstanding.”

In a statement to several media outlets, a spokesperson for Google said that its teams have “conscientiously worked for years to respond to inquiries and litigation.”

“Just like other American companies, we educate our employees about legal privilege and when to seek legal advice. And we have produced over four million documents to the DOJ in this case alone—including many that employees had considered potentially privileged.”

The Justice Department asked for the documents to be produced if the in-house counsel did not reply. It asked Judge Mehta to hold a hearing to discuss the matter.

“The court should sanction Google and order the full production of withheld and redacted emails where in-house counsel was included in a communication between non-attorneys and did not respond,” the department wrote. “Alternatively, the Court should hold these silent-attorney emails are not privileged and immediately order their production.”

The Justice Department filed its lawsuit against Google in a federal-district court in Washington in 2020, with trial expected in September 2023.

The Epoch Times has contacted Google for additional comment.