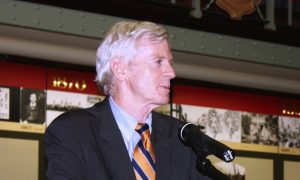 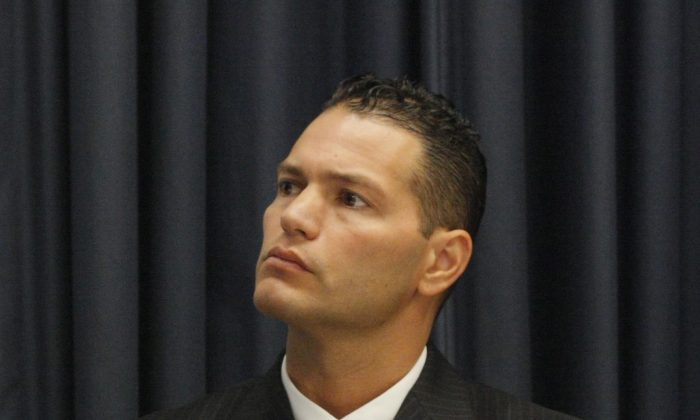 Dr. Damon Noto, spokesman for Doctors Against Forced Organ Harvesting, at the forum held on Capitol Hill on July 19. Dr. Noto said that the United States needs to take the lead on measures that would combat the harvesting of organs of prisoners of conscience in China. (Matthew Robertson/Epoch Times)
China

US Should Take Lead Against Organ Harvesting in China, Says Doctor

When he travels the world and speaks to governments and policymakers about abusive organ harvesting in China, Damon Noto, a doctor and spokesperson for the medical advocacy group Doctors Against Forced Organ Harvesting, is inevitably asked the question: “Well, what’s the United States doing about this?”

The answer so far is, not a whole lot.

For seven years evidence has been accumulating that the Chinese Communist Party, through its network of security personnel, labor camps, and a tight-knit medical-military apparatus, has been extracting the organs of prisoners of conscience–overwhelmingly practitioners of Falun Gong, a traditional spiritual discipline that is persecuted in China–and selling them to wealthy Chinese and foreigners for extravagant profits.

A resolution recently proposed by Rep. Ileana Ros-Lehtinen (R-FL) and Rep. Robert Andrews (D-NJ), House Resolution 281, would go a long way to putting America on the map in making a stand against the practices. The resolution “Express[es] concern over persistent and credible reports of systematic, state-sanctioned organ harvesting from non-consenting prisoners of conscience, in the People’s Republic of China, including from large numbers of Falun Gong practitioners imprisoned for their religious beliefs.”

If the resolution is passed, it could also have a range of consequences both symbolic and real—and the two often converge when the subject comes to China—for advocacy around the world in the efforts to expose and stop abusive organ transplantation in China.

“It will make it more difficult to hide things,” said Dr. Noto in response to a question from a reporter at a recent forum held by Doctors Against Forced Organ Harvesting (DAFOH)in Washington, DC. “Doctors care how they’re perceived. It has an impact,” he said.

“We’re at the stage where action needs to be taken. It’s an important time for the U.S. to act. We have enough data to support why we should act,” he added.

Advocates who have sought to bring attention to the topic for the last seven years in general feel that the response by the rest of the world, particularly given the scale of the atrocity, has been tepid.

They cite implicit or explicit pressure from the People’s Republic of China, or its reputation for international bullying of critics, and the allure of trade with what was until recently one of the world’s fastest growing economies, as the reason that many governments haven’t taken greater or more public action.

Also, they say, stories of a horrifying, science fiction-like underground organ harvest trade, overseen by the Chinese state, don’t mesh well with the narrative of a rising China integrating into the international system.

The House resolution is part of an overall movement worldwide to respond to abusive organ harvesting in China, and would put the United States alongside other countries that have sought to use laws to combat the problem in some way.

In Israel, for example, a 2008 transplantation law was enacted to prevent insurance companies providing medical care for citizens who have obtained an organ that was illicitly harvested.

In Malaysia, a transplantation bill is being drafted that would cut off subsidies for anti-rejection drugs for organs obtained overseas, which would directly strike at the financial incentives to get organs from China.

A legislator in New South Wales, the most populous state of Australia, has proposed a law that would make organ tourism illegal; Belgium, the United Kingdom, Spain, Taiwan, and other countries have also begun drafting legislation aimed at similar goals.

Patients in The United States, however, continue to travel to China for organs, and the United States continues to train Chinese transplant doctors, without having them declare that they will not use those skills to harvest the organs from executed prisoners. Two hospitals in Queensland, a state in the north of Australia, banned the training of Chinese doctors in 2006, after the revelations of organ harvesting emerged.

A powerful moral voice that cuts through that debate to declare that “the killing of religious or political prisoners for the purpose of selling their organs for transplant is an egregious and intolerable violation of the fundamental right to life,” as in Resolution 281, will help considerably, said Jianchao Xu, M.D., Ph.D., Assistant Professor of Nephrology, Mount Sinai School of Medicine, at the same DAFOH forum on July 19. The resolution, after it receives enough co-sponsors, will be submitted to a mark-up process before being introduced to the House floor for voting.

The resolution contains some suggested actions, such as a “full and transparent investigation” by the State Department into organ transplantation in China, and a travel warning to U.S. citizens traveling to China that transplant organs in China may have come from prisoners of conscience.

“Everybody wants to know what Congress is doing and what the Senate is doing,” Dr. Noto said. “When the U.S. moves it makes it easier for other countries to move. It makes it easier for the medical organizations to move… It gives them a firm footing to pass regulations and put pressure on China.”