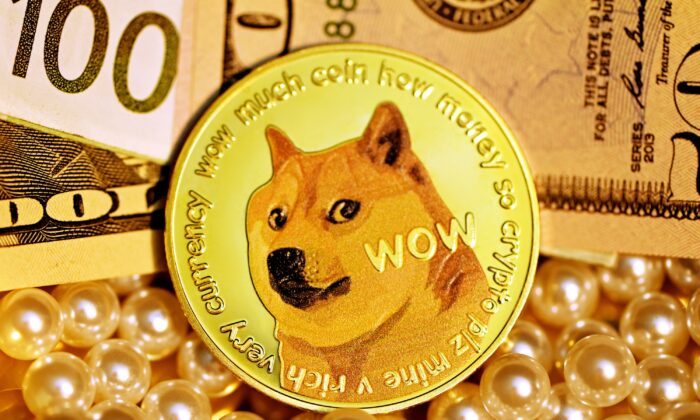 The price of Dogecoin rose on Tuesday after Elon Musk urged McDonald’s to start accepting the cryptocurrency as a form of payment, stating that he would “eat a happy meal” if the fast food restaurant company does so.

“I will eat a happy meal on tv if Mcdonald’s accepts Dogecoin,” the chief executive of Tesla wrote on Twitter on Tuesday morning, prompting the McDonald’s Twitter account to respond with, “only if Tesla accepts grimacecoin.”

Grimacecoin is not a real form of cryptocurrency and is simply a reference to the fluffy, purple character who appears with Ronald McDonald in McDonaldland commercials.

Despite this, Wednesday’s post spurred the creation of 20 grimacecoins on the Binance Smart Chain (BSC) network alone and they have currently seen 6,364 transactions in the past 24 hours alone.

The price of Dogecoin also rose significantly following the Twitter exchange, surging 8.57 percent. It is currently trading at $0.14774, according to the Nasdaq.

Grimacecoin was created by anonymous people, meaning that it is possible that it may be a “rug pull”—a scam whereby the developers of the currency cash out their coins for fiat money, withdrawing everything from the liquidity pool, and in turn driving the coin’s price to zero before abandoning the project.

The popular cryptocurrency known as “SquidGame Cash” or “SQUID” which collapsed last year is widely believed to have been a rug pull scam.

Lawmakers and financial institutions across the world have called for the cryptocurrency market to be regulated and have warned about the risks that the digital asset market poses, due to the fact that some exchanges are decentralized, effectively allowing anyone to call a smart contract and issue tokens on the Binance Smart Chain or other blockchains.

While McDonald’s has not mentioned any plans to start offering customers the chance to purchase any of its products with cryptocurrency, the restaurant on Monday pinned a post on its account that reads, “how are you doing people who run crypto twitter accounts.”

The Epoch Times has contacted Tesla and McDonald’s for comment.

According to a post in October 2021, Musk himself owns Dogecoin, along with other cryptocurrencies like Bitcoin and Ethereum.

Last week, the Tesla CEO announced that the electric vehicle company was accepting payment for some merchandise with Dogecoin but this does not apply to any of the company’s vehicles.

However, customers can buy some collectible items that include a “Cyberwhistle,” a “Giga Texas Belt Buckle,” and a “Cyberquad” four-wheeler for children, according to Tesla’s website.