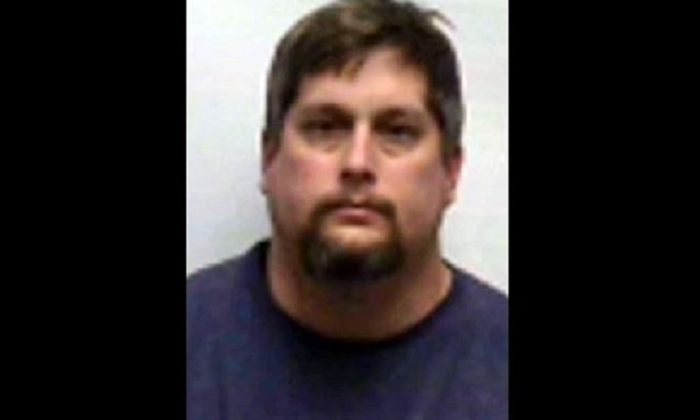 Stephen Kinder killed himself on Feb. 7, 2019, after being arrested and charged with animal cruelty, police departments in Tennessee and Georgia said. (Cleveland Police Department)
Crime and Incidents

A dog trainer who was recently charged with animal cruelty was found dead by suicide in Tennessee.

Kinder was recently arrested after an investigation concluded he abused dozens of animals, leaving them malnourished and “living in horrible conditions” at his business, Kinder Dog Training, in Cleveland, and at his home in Whitfield County, Georgia.

The initial arrest came after a woman told police her dog was seen vomiting and lost a significant amount of weight after spending time at the Tennessee business.

Abigail Eastburn said she took her English Great Dane to the center and he was 30 pounds lighter when she picked him up several weeks later. He also had a slew of health problems.

“I was heartbroken,” Eastburn told WSB-TV. “He had diarrhea, vomiting, was lethargic. He couldn’t walk. He was falling asleep standing up, and was kind of tumbling over.”

The bulk of the animals were found at his house, including 16 dogs.

“They were all 10 to 15 pounds underweight. They all had muscle mass loss and dried feces upon them,” said Diane Franklin, the director of the Whitfield County Animal Shelter.

After the discovery of the animals, volunteers and veterinarians worked into the night on Thursday to care for them.

NEW: Abigail Eastburn says when she dropped off Duncan, her 6 month old Great Dane to Kinder Dog Training he was 95lbs (first picture). When she picked him up 7 weeks later this past Sunday, he was only 65lbs (second picture). pic.twitter.com/7f36g0Sqvx

This is a picture from when rescue groups took in the dogs from Kinder’s home in Dalton last night. Vets say they were malnourished. pic.twitter.com/D93EqdQw54

Belgian Malinois, German shepherd and Dogo Argentino were among the breeds of the dogs, reported Fox 5. Dalton Police Department officers said they weren’t sure what Kinder was doing with those breeds as they are often used by law enforcement.

Nonprofit Canine Pet Rescue and Happy Tails Veterinary Care in Bethlehem were among the groups and businesses working together to give the dogs health examinations and vaccinations.

Besides the animal cruelty charges, Kinder also faced a lawsuit filed by a couple in Georgia saying his business didn’t provide the training it promised, that the business abused their animal, and that they had to take their dog, Tank, to the vet and retrain him due to Kinder’s negligence.

Additionally, the couple’s lawyer said that Kinder promised to refund the couple’s money and pay for vet bills but ultimately did not do so.

NEW: The owner of Kinder Dog Training in Cleveland is charged with 4 counts of animal cruelty. I just spoke to Stephen Kinder who says he’s innocent. pic.twitter.com/SK5ZiiVcLl

The suicide was unexpected and Eastburn, whose complaint helped kick off the investigation, said she did not want Kinder to die.

She said she didn’t regret what she did. “I don’t feel guilty for sharing my story. We helped a lot of people,” Eastburn said.

“I know that there was a lot going on because he told me that himself when I spoke to him, that he was receiving a lot of death threats and that he was going through a lot of shaming on social media,” Cleveland Police spokeswoman Evie West said.