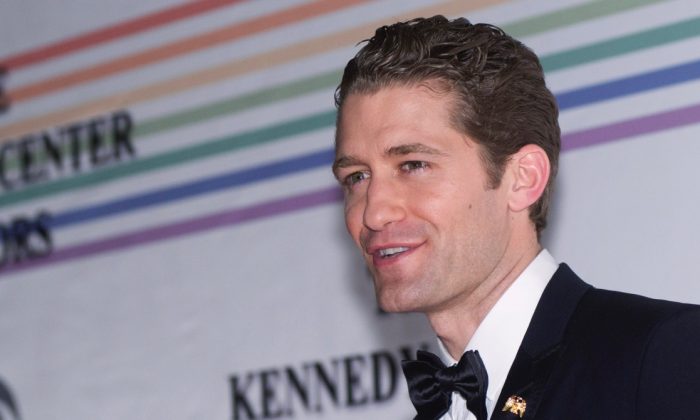 A video released from the set of upcoming movie “Crazy Alien” appears to show a dog getting flung through the air in a spinning cage. The video has already infuriated PETA, and it is not the only purported instance of animal abuse happening on the set.

“Crazy Alien” features “Glee” alumni, Matthew Morrison. The movie is currently filming in China and is intended for Chinese audiences, headed by director Hao Ning, according to Deadline.

He’s Baaaaaaaaaack! Thanks to @greysabc for a lovely ride. Also great to reunite with director extraordinaire @billdelia (who shines a mean shoe!) And finally, it’s so amazing to remember that @_r.e.v.e.l.a.t.i.o.n_ was 2 weeks old when I started filming this episode!

Matthew Morrison responded to the scandal via Twitter, expressing that he was not present at the time when the dog was abused.

“I’ve just been made aware and seen a video from the set of a film I worked on in China. My heart is broken to see any animal treated this way. Had I been on set or known about this, I would have made all efforts to stop this. I’ve called the producers to express my outrage.”

PETA reported that an insider shared footage, and that the incident occurred late last year over the course of a few scenes. TMZ reported that the scenes were meant to depict a dog being abducted by aliens.

“On November 28th, 2017, I witnessed first hand one of the worst animal cruelty acts I have ever seen,” the source told PETA, before describing how the dog handlers tortured the dog “into a frenzy” to get it to bark as loud as possible.

“The second the dog cage rose into the air, the dog stopped barking instantly as the cables were used to spin the cage out of control in circles before solidly landing 40–50 feet away. The director took many takes and this was just awful to witness as the torment went on,” the source continued, describing a following scene.

“The next shot was at the river’s edge where the dog was put back into his cage and tormented into a frenzy once again. This time … the cage … was hoisted 20 ft. and was flung while spinning out of control towards the river. … [T]he cage was completely submerged with the dog in it landing in a 10 mph current. After 5–8 seconds, the director yelled out ‘cut.’ … A final decision was made by the director to shoot a second identical take. I could not believe my eyes,” the source added.

I’ve just been made aware and seen a video from the set of a film I worked on in China. My heart is broken to see any animal treated this way. Had I been on set or known about this, I would have made all efforts to stop this. I’ve called the producers to express my outrage.

The scenes included multiple takes, where the dog had to undergo the same scenario repeatedly. The animal did not get a break over the course of two hours, according to PETA.

TMZ reported that the dog came away startled but not injured, and confirmed that Matthew Morrison was not on set.

PETA is calling for a boycott of the movie, for Ning to never work with animals again, and for Morrison and cast to donate their salaries to animal protection charities in China. PETA also points out that 2018 is the Year of the Dog in China.