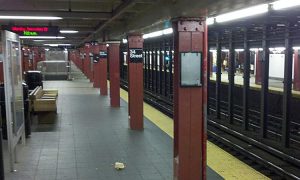 A dog was put down in Virginia after killing a newborn girl in Lee County on Wednesday, March 7.

The little girl was just 8-days-old when she was attacked in her bassinet by a wolf-mix canine, reported WBIR.

The dog was “destroyed” after authorities responded, Lee County Sheriff Gary Parsons said. The hybrid was initially locked up at the pound following the attack.

The parents of the child and owner of the dog signed a waiver that enabled authorities to put the dog down.

A family member rushed the child to a medical facility in Big Stone Gap, from which she was flown to UT Medical Center.

But she ultimately passed away from her injuries.

The baby’s name has not been publicly released.

The family has two other children, reported WJHL.

Charges may be forthcoming, Parsons told the Kingsport Times-News.

“We are going to continue to look into it and see what develops and of course consult with our commonwealth’s attorney to see if any charges are to be placed,” he said.

Some municipalities have rules governing wolf hybrids, such as requiring a permit for them or outlawing them entirely.

Several jurisdictions in the Washington area ban the animals, according to a report from The Washington Post from 1995.

“The hybrid is a wild animal, and it has wild instincts,” said Gary Sprifke, a Prince William animal control administrator at the time, who was setting up a notice to hybrid owners to notify them they would have to give up their wolf hybrids or face a misdemeanor.

“Hybrids play by an entirely different set of rules than dogs. That’s what causes problems.”

Counties that ban wolf hybrids include Arlington County, The Post reported in 2017.

A wolf hybrid is the result of a wolf mating with a dog.

A state law says that any county, city, or town in Virginia has authority to establish a permit system to ensure responsible ownership of hybrid canines, which may include requiring permits. While some states classify wolf-canine hybrids as wild animals, though, Virginia as a state explicitly does not.