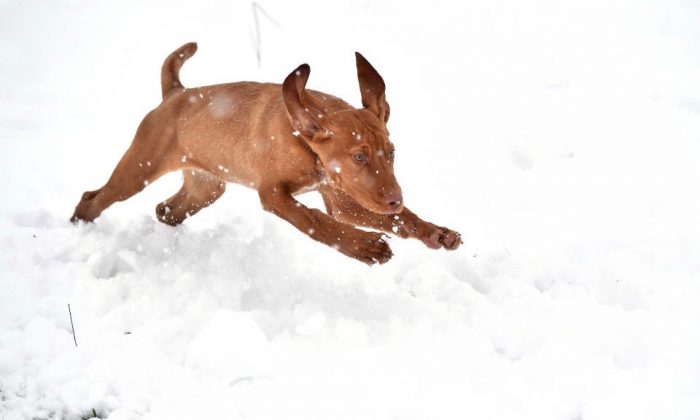 A dog owner in the UK accidentally killed her dog by letting her eat brownies with the naturally-occurring sweetener Xylitol.

Kate Chacksfield was shocked to learn what happened, according to an interview published via Daily Mail.

“I had absolutely no idea Xylitol was harmful to dogs whatsoever and I was heartbroken when they told me and I knew it was too late for Ruby,” she said.

Chacksfield had given her Hungarian Vizsla dog named Ruby chocolate in the past without incident. Although chocolate is harmful to dogs, the vets told her it was not a problem in small amounts.

“I only made brownies with Xylitol in to reduce the amount of sugar I was eating,” she said. “But while I was out, Ruby managed to get into the container off the side in the kitchen and eaten a couple.”

“She seemed fine at first and it wasn’t until a couple of days later she began being violently ill and I took her to the vets,” said Chacksfield.

Ruby returned home after the vets checked her for trouble.

“But soon after she collapsed and we took her back as soon as possible—it was then they started treating her for rat poison because of her symptoms,” said Chacksfield. “We just thought she may have eaten some by mistake in the park or something—it never crossed my mind to mention the brownies.”

Xylitol is a naturally-occurring sweetener used to replace sugar. It is often used in sugar-free foods, foods for diabetes patients, gums, and oral care products.

Xylitol causes less tooth decay than regular sugar, and it is naturally found in plants, fruits, and vegetables. It is used in the treatment of ear and nose infections. It is taken from birch wood when used for medicinal purposes, according to WebMD.

But Xylitol can harm dogs if consumed above a certain amount, based on the dog’s body weight. It can cause harmful low blood sugar levels, liver failure, seizure, and stroke, Daily Mail reported.

“I really, really urge other dog owners to read up on the dangers of Xylitol in dogs and urgently take their pets to the vet if they accidentally consume it as it could be the difference between life and death,” said Chacksfield, via the Daily Mail interview.

She also shared the fatal conclusion, after she spent the equivalent of nearly $13,000 on treatment.

“We did everything we could to save Ruby—she was so loved and we all miss her dearly,” Chacksfield said. “We really had hope she would pull through so we were heartbroken when she didn’t.”

In addition to Xylitol, the ASPCA lists other foods that are harmful to dogs, such as avocados, salt, salty snack foods, onions, garlic, chives, nuts, milk and other dairy products, grapes, raisins, alcohol and foods containing alcohol, and more.

Cats are in less danger from Xylitol poisoning due to their tendency to avoid sweets.