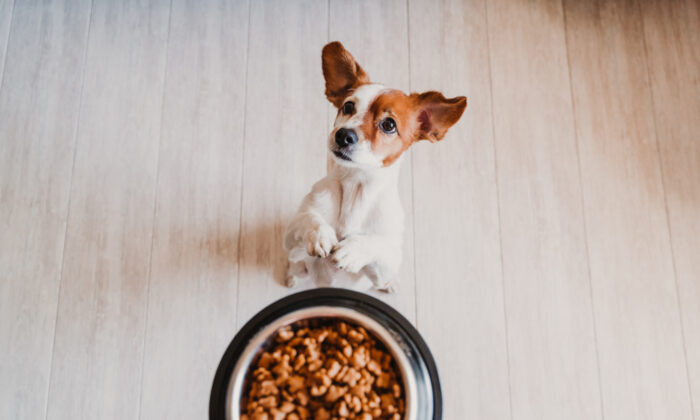 Freshpet Inc. announced a recall of its “home-cooked” dog food on June 17, due to potential contamination by salmonella, which presents a risk of infection in dogs and humans.

The food product recall concerns a single lot of Freshpet Select Fresh From the Kitchen Home Cooked Chicken Recipe, 4.5 pound bags, with a sell-by date of Oct. 29, 2022, and a UPC symbol of 627975011673, according to a recall notice issued by Freshpet Inc, and shared by the Food and Drug Administration.

The lot was originally designated for destruction but part of it was mistakenly shipped to retailers, according to the announcement. No other Freshpet products are affected by the recall.

The recall will affect Freshpet retailers across 12 states and Puerto Rico.

The products have been delivered to some Walmart stores in Alabama and Georgia, as well as certain Target stores and other retailers in Connecticut, Massachusetts, Maine, New Hampshire, New Jersey, New York, Pennsylvania, Puerto Rico, Rhode Island, Vermont, and West Virginia.

Salmonella Affects Both Dogs and Humans

Salmonella can affect the dogs consuming the product as well as humans handling the products, notably children, the elderly, and the immunocompromised, especially if poor hygiene is practiced.

Salmonella illness in people can be serious, according to the Centers for Disease Control and Prevention. Symptoms, including diarrhea (possibly bloody), fever, and stomach cramps, can last from six hours to six days. Most people infected generally recover within four to seven days without any treatment, though some people with severe diarrhea may need to be hospitalized or take antibiotics.

Freshpet warned that dogs with salmonella infections may be lethargic. Infected dogs may have diarrhea or bloody diarrhea, fever, and vomiting, while some dogs may show reduced symptoms of decreased appetite, fever, and abdominal pain.

Some dogs can be infected but look and feel healthy while acting as carriers to infect other animals or humans. Freshpet advised pet owners to contact a veterinarian if their dogs consumed the recalled product and have symptoms.

Pet owners are told to dispose of the product matching the description for the recalled lot immediately if they have it in their possession.

To date, Freshpet has received no reports of illness, injury, or adverse reaction.