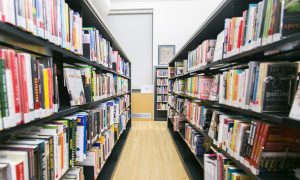 The Calamity of the Disappearing School Libraries
0 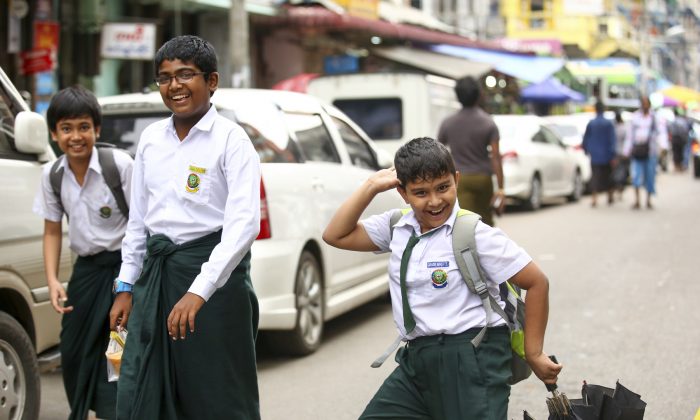 Group of joyful pupils on their way home from school on road in Yangon, Burma, on July 3, 2015. (Mhoo1990/iStock)
Education

In a growing number of school districts across the nation, students must wear a uniform.

This is not the stereotypical school uniform associated with Catholic schools—pleated plaid skirt with a blouse for girls; a button-down shirt, a necktie and dark pants for boys. Instead, these are mostly khaki and blue or khaki and red shirt/blouse and skirt/pants uniforms.

According to the U.S. Department of Education, wearing a uniform can decrease the risk of violence and theft, instill discipline and help school officials recognize intruders who come to the school.

As a former teacher, principal and superintendent and now a policy and law scholar, I am skeptical about such claims.

Schools claim that when students come in uniforms, it improves discipline and leads to academic gains. The Bossier Parish School Board in Louisiana enacted a uniform policy in 2001 in order to increase test scores and reduce disciplinary problems.

However, such mandatory policies that decide what students can or cannot wear to schools, have led to free speech violations lawsuits. Students allege such policies are unconstitutional, as they restrict their freedom of expression.

There have been nine lawsuits up to 2014. School districts have won almost all the cases, except one, where an appeals court found the uniform policy of a Nevada school unconstitutional. The school required students to wear shirts emblazoned with the school motto, “Tomorrow’s Leaders,” which the court found to be a violation of students’ free speech rights.

In addition, students have protested in their schools as well.

An example of student and parental reaction to school uniforms is found in my home state of New Hampshire when Pinkerton Academy, a private secondary school, considered adopting a “uniform dress code” (a school uniform).

Students in an online protest wrote: “[A school uniform] takes away individuality. Also, [it] will not change study habits of students. [It means] too much money [needs to be spent] for each child. Parents do not have that type of money, especially in this economy. We have the right to freedom of expression and would like to keep it that way.” [And] “its [sic] my right to wake up in the morning and have my own unique individuality.”

A more important question is whether there is any evidence to show that mandatory uniform policies can lead to improved student outcomes.

Research shows mixed results: it’s true that some studies show a reduction in the incidence of misbehavior. But then, there are others that show an increase in student suspensions. A few others show no significant change in student misbehavior.

For example, a 2010 study in a large urban school district in the Southwest found that asking students to wear uniforms did not result in any change in the number of suspensions for elementary school students.

In fact, middle and high school students experienced a significant increase in suspensions.

By contrast, a 2003 study that used a large national data set concluded that elementary and middle schools with school uniforms had fewer student behavior problems.

But, again, it found that high schools had a greater frequency of misbehavior.

Interestingly, even when evidence is available, educators’ perceptions could be at odds with it. For example, a study of educators in 38 North Carolina high schools found that 61 percent of the responding principals and assistant principals believed that there was a reduction in cases of misbehavior on campus when school uniforms were introduced. In reality, the data showed no change in incidents of crime, violence and suspensions.

So, what does lack of consistent research mean for policy?

In my view, it does not mean that schools should not implement such policies. It does mean, however, that educators must be clear about the goals that they hope to achieve with mandating school uniforms.

There is often a cost associated with mandatory school uniform policies. Lawsuits and community reactions can take up scarce resources of time and money.

Decreased discipline problems, increased attendance and increased academic achievement may not be achieved just by wearing khaki and blue. But there may be other benefits, such as, it could help a school promote its brand through a uniform look. School uniform may also serve as symbol of commitment to academic achievement.

The point is that clarity of purpose and outcome is necessary before students don their uniform in the morning.

I believe school uniforms may be part of a broad array of programs and approaches that a school may adopt to bring change. However, as a standalone measure, it implies that schools are simply trying to find an easy fix for difficult and complex problems.

Todd A. DeMitchell is a professor of education and justice studies at the University of New Hampshire. This article was previously published on TheConversation.com.