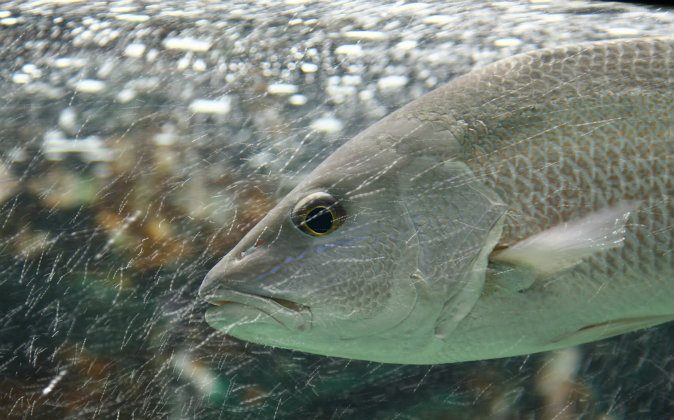 A fish swims against the current. (Shutterstock*)
Beyond Science

Victor Schauberger (1885–1958), an Austrian inventor, forest caretaker, and biomimicry expert, observed trout lazily loafing in a fast-flowing mountain river, facing upstream and maintaining their position despite the strong current with barely a flick of their tails.

He knew the fish must have also jumped up a steep waterfall to get to where they were. How exactly, he wondered, do some fish travel up waterfalls and how do they swim upstream with such ease?

Fish are said to leap up waterfalls, propelled in part by the momentum created when water hits the pool or stream below then bounces back up. In a daydream, Schauberger came up with a different theory. He had a vision of an upstream current.

He poured boiling water into the stream about 150 meters (160 yards) upstream. As soon as the water hit the stream, the fish started to flail their tails with great effort and they were nonetheless pushed backward by the current. They could not have been reacting to hot water hitting them, because they reacted long before any of the boiling water could have reached them.

Schauberger theorized that the hot water cut or disrupted the upstream current that was holding the fish effortlessly against the more apparent downstream current.

Moss tips, he found, also indicate the existence of this upstream flow. They point upstream, but when the water is heated through deforestation, they slump downstream. He took the moss tips as an indication of the river’s health.

At a warmer temperature, the water should be less dense, and thus it shouldn’t push the moss tips downstream more than when it was cooler. Schauberger’s explanation is that the levitational force is disrupted by heat.

*Image of a fish swimming upstream via Shutterstock