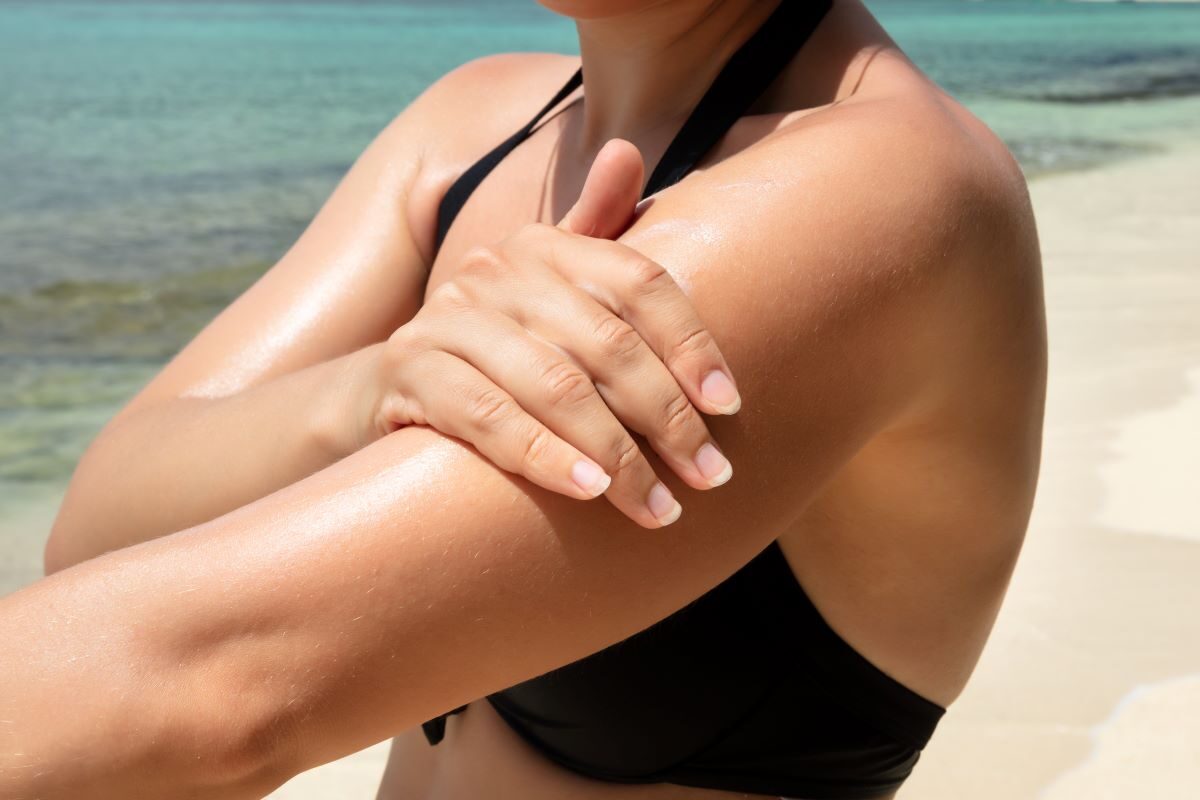 Does Sunscreen Use Contribute to Vitamin D Deficiency?

Researchers keen to find out
BY Steve Milne TIMEJuly 21, 2022 PRINT

Australia is well known for its harsh sun and high rates of skin cancer, but there are questions over whether the regular use of sunscreen may interfere with vitamin D production and deficiency.

This is what new research from the QIMR Berghofer Medical Research Institute will attempt to get to the bottom of, particularly in the southern states of Victoria and Tasmania, where a significant portion of the population is vitamin D deficient due to having less days of sunshine.

The Sun-D Trial is the first ever large scale trial to look into the impact that applying SPF 50+ sunscreen has on a person’s ability to produce the nutrient.

Vitamin D is actually not a vitamin, but rather a hormone that plays an essential role in bone health by helping the body absorb and retain calcium and phosphorus. It also helps control infection and reduce inflammation.

While researchers are calling for participants from the states of Queensland, New South Wales, Victoria, and Tasmania to sign up for the trial, they are particularly eager to recruit people from the latter two states because they have the highest prevalence of vitamin D deficiency.

Getting the Sun Exposure-Sunscreen Balance Right

According to the Australian Bureau of Statistics, around 16 percent of Victorians are vitamin D deficient (blood vitamin D level less than 50 nmol/L) in summer and 49 percent in winter.

Further south in Tasmania, summer and autumn sees around 33 percent of teenagers and adults vitamin D deficient, while in winter the figure jumps to around 66 percent, according to the Cancer Council of Tasmania reports.

One reason why vitamin D deficiency is so prevalent is these states is their distance from the equator, but lead researcher Professor Rachel Neale suspects overuse of sunscreen may be a contributing factor.

“Residents in these states are still told to wear sunscreen on any day where the UV index is forecast to reach or exceed three—that’s actually most of the year,” she said.

“We want to make sure this advice is not causing vitamin D deficiency in these states, so we really urge people from Victoria and Tasmania to sign up.”

Neale said while it’s clear that sunscreen plays a vital role in reducing skin cancer risk in a country with the highest rate of skin cancer in the world, a lot of people are confused about how sunscreen might affect their vitamin D levels, which causes them to either avoid sunscreen or spend too much time outdoors in order to get that balance.

“The Sun-D Trial will provide evidence-based advice so we can clear up confusion in the community and the medical profession, arming people with the right information to enjoy the sun safely,” she said.

How the Trial Will Be Conducted

To be eligible, participants need to be aged between 18 and 70, have fair or olive skin, and be taking no more than 400 IU of vitamin D supplements per day.

Once signed up, they will be randomly assigned to either a sunscreen group, in which they will be given free sunscreen to apply every day or a group that carries on with their usual sun protection behaviour.

“The study goes for one year, and the reason that we need to do that is vitamin D varies across the year, so we need to have a look at how putting sunscreen on affects your vitamin D levels in summer, but also in winter,” Neale said.

Participants will complete monthly surveys and provide three blood samples over the course of the year, from which researchers will measure their vitamin D levels.

“This study is incredibly important because it’s going to guide the advice that we give people about how to balance the risks and benefits of sun exposure,” she said.