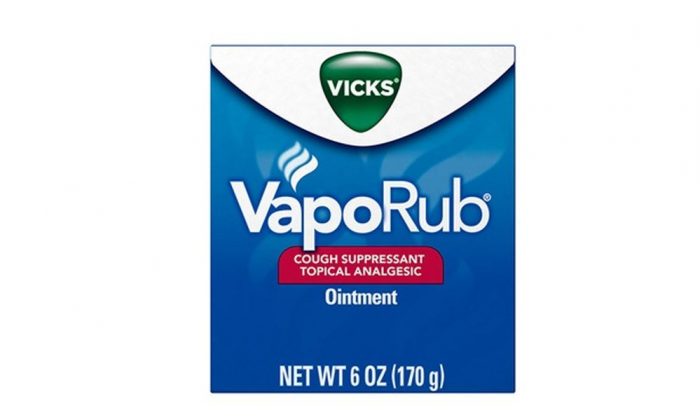 Can Rubbing Vicks VapoRub on Your Feet Help Cure a Cough?

Some people on Twitter and Facebook are claiming that rubbing Vicks VapoRub on their feet helps them treat their coughs.

But Vicks VapoRub maker Proctor and Gamble issued a statement on the matter, which read, “We would not endorse it being used in this way.”

Vicks on the feet does work, still coughing but not as much. Morning lovelies

If you’re sick and have a bad cough, put Vicks on the bottom of your feet and put socks on. It really works.

Those who have sworn by the method have said to smear the soles of their feet with the ointment right before bed. They have also advised them to wear socks so as to not stain the bed or sheets.

As The Independent noted, there have been no studies saying that putting Vicks on feet actually works.

Meanwhile, Vicks has recommended people to smear the substance on the throat and chest to get the best results from the product.

Myth- and hoax-debunking website Snopes also says it’s an “unproven” claim, noting the rumors have circulated since at least 2007.

“We do not recommend using VapoRub for the treatment of toenail fungus. Consult your doctor or pharmacist on the best treatment to meet your needs. Thanks for calling,” said an automated answering machine for VapoRub consumers.

And TV’s Dr. Ranj Singh told MailOnline: “There is no evidence to suggest it is more effective to put it on your feet so it could just be a placebo effect.”

Procter and Gamble added that “it is not in line with what the product is for so we would not endorse it being used in this way.”

There’s also been claims that placing a cut onion in one’s sock before sleep can cure a cough and other health ailments, which has gone viral as well in recent months: