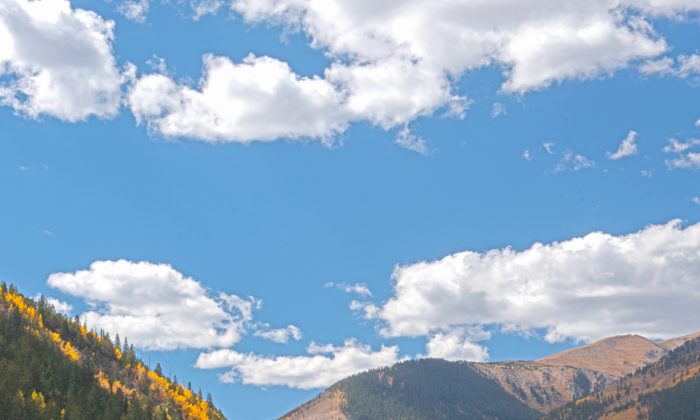 Does Nature Have Value Beyond What It Provides Humans

You can drive a nail with a hammer, and you can pull one. With a pencil you can write a poem or a song. Hammers and pencils are clearly useful—instrumentally valuable, that is. But if the pencil snaps or the hammer cracks, then it’s off to the trash heap.

Your daughter is different. She may be useful in mowing the lawn and providing a tax write-off, but she also possesses value far beyond her utility. Daughters are also intrinsically valuable.

A handful of very vocal conservationists these days make assertions about the exclusive importance of nature’s instrumental value. We will not be motivated to protect nature, they assert, unless we appreciate the full range of “ecosystems services” nature provides to humans (water purification, pollination, and the like). In turn, they make claims about, even ridicule, the failure of appeals to conservation premised upon the intrinsic value of nature.

This fervent commitment to the instrumental value of nature even trickles down to individual, highly sentient, parts of nature. It’s okay to kill lions, they say, because killing a lion for a trophy can generate important conservation revenue. A lion’s life is, they say, instrumentally valuable, a means to an end.

All of these assertions are built upon the assumed truth of an empirical claim. They assume that only by appealing to the instrumental value of nature will we motivate environmental action, because, they assume, that’s how humans value nature. We are, that is, anthropocentric (from the Greek, meaning human-centered). Everyone knows that, right?

Actually, as it turns out, not right.

In our research we found that the premise currently underpinning so much conservation effort is wildly mistaken.

A survey we conducted with Ohio residents—hardly a bastion of tree-hugging-granola-munching-Birkenstock-wearing-Prius drivers—demonstrated that more than 82 percent of Ohioans acknowledged the intrinsic value of wildlife. A nationally representative survey of adults revealed very similar numbers (81 percent). Moreover, we see this high level of intrinsic value attribution across demographic groups: whether rural residents or urbanites, rich or poor, male or female, hunters or non-hunters. Interestingly, more than 90 percent of people who strongly identified as “conservationists” in the Ohio survey acknowledged nature’s intrinsic value. This suggests that conservationists who reject nature’s intrinsic value are out of the mainstream of their peers.

Perhaps because while you believe in nature’s intrinsic value, you don’t believe that enough of the rest of us share your belief for it to be an effective basis for conservation. Perhaps, that is, we’ve bought into a false narrative about our own ethical beliefs?

This is one of the many mistaken ideas about nature’s intrinsic value, but it’s an important one. The assumptions we make (rightly or wrongly) about the world, including about the way people value that world, control the approaches we take or believe to be viable, the questions we ask or fail to ask, and ultimately the outcomes we can expect or never even imagine. It’s vital that we get this right; it colors every aspect of our relationship with nature.

So, let’s give ourselves some credit, even a little pat on the back (but gently, only one hand, just for a moment). Now, let’s think hard about what widespread acknowledgment of nature’s intrinsic value means.

Blissing Out in Nature: Survival Tips for Modern Life

It means that we are not necessarily the equivalent of morally self-absorbed infants. We are more morally mature than we might have imagined, than people keep insisting.

But this is bittersweet, because with moral maturity comes moral responsibility. As we acknowledge that we attribute intrinsic value to nature, we must hold ourselves accountable for that acknowledgment.

We invite conservationists and the conservation community to engage in a moment of reflection: We say we believe nature has intrinsic value; from that belief, what follows?