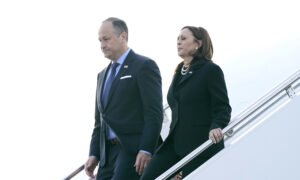 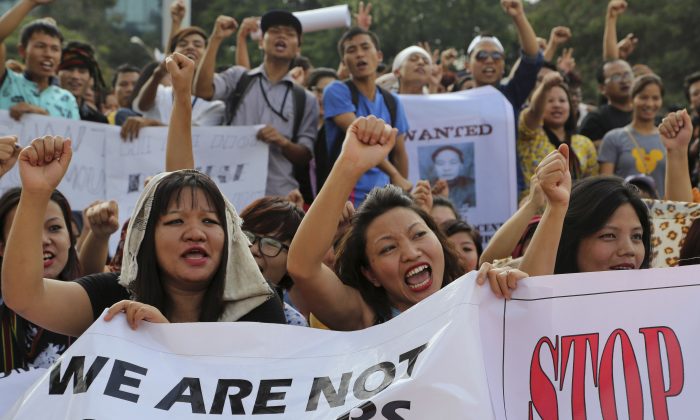 Members of Manipur Tribal Union shout slogans during a protest against new legislation defining who can claim to be from the northeastern Indian state of Manipur, in Bangalore, India, on Sept. 4, 2015. (AP Photo/Aijaz Rahi)
Opinion

Does Modi Government Have a Solution for Manipur?

Manipur, a state in northeastern India, has been plagued by different forms of agitation on the issue of Inner Line Permit System since last year. The deep division between the valley and the hill people has visibly become a serious concern over the past several months.

The ongoing agitation has caused the death of an 11th grader in Imphal and 9 civilians in Churachandpur. More than 200 days have passed and the 9 tribal dead bodies have remained unburied as the hill people continue to press for their demands.

The latest round of agitation began in the midnight of May 17 when the Joint Action Committee Against Anti-Tribal Bills (JACAATB) enforced a 48-hour total shutdown in the hill districts of the state, which was followed by the Joint Committee on Inner Line Permit System’s (JCILPS) 38-hour statewide bandh which began on May 20.

The intensified JCILPS agitation, particularly volunteers of its women and student wings, targets offices of regional and national political parties in the state.

The JCILPS demands that the Indian President gives his assent to the three bills passed by the Manipur State Assembly on Aug. 31 last year. It also demands the establishment of population commission and land reforms commission as agreed between the committee and the state government last year.

The fundamental problem lies in the interpretation of the bills. The valley people, who are predominantly Meiteis, view the bills as a mechanism to protect the state and its people from outsiders.

Another argument of the valley people is that there is a constitutional injustice that allows the hill people to buy and own land and properties in the valley but people of the valley (non-tribal people) are prevented from owning land in the hills.

On the other hand, the hill people—the Kukis and Nagas—see the bills as a threat to their rights over identity and land. For example, clause 2(b) of the Protection of Manipur People Bill defines “Manipur People” as “Persons of Manipur whose names are in the 1951 National Register of Citizens, the 1951 Census Report, and the 1951 Village Directory and their descendants who have contributed [to the] collective social, cultural, and economic life of Manipur.”

If the bill is enacted into law, a person needs to have been enumerated in all three registers—the 1951 National Register of Citizens, the 1951 Census Report, and the 1951 Village Directory—to be considered as belonging to the state.

Being registered in just one or two registers/directories means he or she has not met the criteria. Hence if the bill becomes a law and is implemented strictly, many people in the hill areas face the prospect of being excluded. In 1951, many of the remote hill areas were cut off, without proper communication and transportation systems, which is still the case for some far-flung areas.

Since Manipur attained statehood status only in 1972, there is a possibility that many of the local people may be listed as outsiders because of their inability to provide the required documents.

There is also an apprehension that the definition of “Manipur People” could be used in other acts/bills to deny services, facilities and amenities to the people of Manipur, especially the tribal people, in seeking government jobs, admission to schools, colleges or in case of state quota in medical and engineering admissions.

The short-term demand of the tribal people is the withdrawal of the three bills and the protection of their land through constitutional safeguards such as the sixth schedule provisions. And the long-term demand is a separate administration from Manipur which they believe is the only way forward to bringing lasting peace and development in their region.

The politics surrounding the bills becomes so sensitive that it could further escalate into a major problem for the state as well as the central government, and more importantly between peoples of the hill and the valley. Under the present circumstances, the central government cannot simply say it is a state matter when the bills have reached the president’s desk, and when the issue involves constitutional matter, Article 371C.

One option is for the state government to withdraw the bills and go back to the drawing board by consulting the agitating tribal leaders.

The second option is to insert a clause in the bills which clearly states that they would not in anyway affect or apply on the tribal people and their land.

The third option is to implement the sixth schedule provisions in the hill areas that would protect and safeguard the history, culture, land, and identity of the tribal people.

The fourth option is for the state and central governments to take concrete steps to ensure the proper utilization of development funds and schemes across the state. The status quo is that the valley districts are much more developed and advanced than the hill districts.

The fifth option is to review the political culture. Under the existing political arrangement, out of the 60-member legislative assembly seats, 40 are represented by the valley people and 20 by the hill people. There needs to be political accommodation in such a way that the post of the chief minister is also rotationally or periodically given to representatives from the hill areas.

The immediate worrying situation is whether more bodies will join the unburied 9 tribal dead bodies. The question is will the issue of Inner Line Permit System be left for the people of Manipur to decide, or will the government of Indian Prime Minister Narendra Modi take the necessary steps to address the issue.