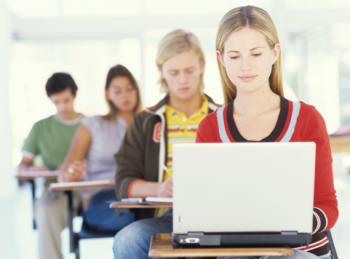 There is a girl in the United States, born to liberal, highly educated parents. She went to the best private school in Massachusetts, spent summers at camps, and fell in love with hockey. (Photos.com)
Opinion

Valentine’s Day: Does Happily Ever After Still Exist? Do You Believe in Marriage?

Daniel Goleman- autor of Emotional Intelligence theory and books and 2nd is Enrich Fromm autor of the Art of Loving- among othersSo, it's 2011—another year of buying a new home, making loan payments, looking for a bigger career, working on the next degree, or simply making ends meet. But somewhere in there is the need for love, the understanding from that special someone.

Last year, 2.3 million couples got married in the United States alone, mostly based on love—the couples chose each other and professed love for one another from the bottom of their hearts. In India, however, the vast majority of marriages are arranged, after arduous assessment of compatibilities and other factors by the couples' families.

But let’s look deeper into the changing times in both cultures. I picked these two countries because, however different they might seem, let’s face it, both are in the rat race.

Consider a boy from a Brahman family in India, who was educated in the best Catholic schools in Calcutta and Mumbai. His family ingrains in him the idea that he has to be the best student—study, physical activities, and prayer—every day.

In the 8th grade, when he was 12 years old, he took a major exam and failed it. He felt like he could not show his face at home. Many boys in similar situations committed suicide, but he was more balanced. The next year, he passed it.

When he expressed his childish nature, he was brought back into line with beatings from his parents, using brute physical force. His parents practiced traditional religious laws—no expressions of love were allowed between adults.

In the 10th grade, when he was 14 years old, he took the placement exam and was 4th in his school and 31st for the entire grade in Mumbai.

His father worked for a European company, traveling a great deal, and his mother worked too—12 hours a day. The strict foundation of strong academic study and securing a good job has paid off for the boy, who now at 32 years of age is working in Manhattan and earning good pay, with a good reputation in his field.

He works 15 hours a day, commutes for another two hours, and still must make time for a half-hour or more of scolding from his parents about what else he did not do and should have done, and the ways he is disappointing his family and still not fulfilling his obligations.

There is a girl in the United States, born to liberal, highly educated parents. She went to the best private school in Massachusetts, spent summers at camps and fell in love with hockey.

Her parents told her the American dream can be achieved by anyone. Be independent, study, pursue your dreams—you can have anything you want. Her mother worked and studied to increase her earnings. Her father was away, discovering new bio-weapons.

The girl, now 40 years old, works 60 hours a week and spends her time as a single mother—by choice. She receives weekly calls from her mother, who lectures her on how she should be more independent.

At about age 30, both sets of parents started pushing them into marriage and family. The Indian boy thinks that family is a distraction to his mission—a belief now firmly ingrained. The American girl is so independent that she does not need a man. Quietly though, they both long for unconditional love, warmth, and melting into the caring embrace of a loved one at the end of a hectic day.

Is there something missing from the education they received? Both sets of parents pointed to the power of knowledge in our daily lives—go and learn from the best, and then make make it happen. And so they did.