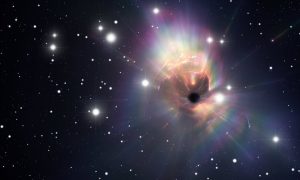 Did a Black Hole Give Birth to the Universe? What Came Before the Big Bang?
0 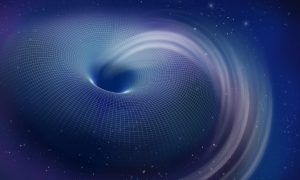 What Exactly Are Black Holes and What Happens Inside Them?
0
Does ‘Copier’ Model Fix Hawking’s Black Hole Theory?
Science

Recently, physicists have been poking holes again in Stephen Hawking’s black hole theory—including Hawking himself. For decades physicists across the globe have been trying to figure out the mysteries of black holes—those fascinating monstrous entities that have such intense gravitational pull that nothing—not even light—can escape from them.

The debate about the behavior of black holes, which has been ongoing since 1975, was reignited when Hawking posted a blog on January 22, 2014, stating that event horizons—the invisible boundaries of black holes—do not exist.

Hawking, considered to be the foremost expert on black holes, has over the years revised his theory and continues to work on understanding these cosmic puzzles.

One of the many perplexities is a decades-old debate about what happens to information—matter or energy and their characteristics at the atomic and subatomic level—in black holes.

Now Professor Chris Adami of Michigan State University has jumped into the fray.

“In 1975, Hawking discovered that black holes aren’t all black. They actually radiate a featureless glow, now called Hawking radiation,” Adami says. “In his original theory, Hawking stated that the radiation slowly consumes the black hole and it eventually evaporates and disappears, concluding that information and anything that enters the black hole would be irretrievably lost.”

But this theory created a fundamental problem, dubbed the information paradox. Adami believes he’s solved it.

“According to the laws of quantum physics, information can’t disappear. A loss of information would imply that the universe itself would suddenly become unpredictable every time the black hole swallows a particle. That is just inconceivable. No law of physics that we know allows this to happen.”

So if the black hole sucks in information with its intense gravitational pull, then later disappears entirely, information and all, how can the laws of quantum physics be preserved?

“Stimulated emission is the physical process behind LASERS (Light Amplification by Stimulated Emission of Radiation). Basically, it works like a copy machine: you throw something into the machine, and two identical some-things come out.

“If you throw information at a black hole, just before it is swallowed, the black hole first makes a copy that is left outside. This copying mechanism was discovered by Albert Einstein in 1917, and without it, physics cannot be consistent,” Adami says.

“In my view, Chris Adami has correctly identified the solution to the so—called black hole information paradox. Ironically, it has been hiding in plain sight for years,” says Paul Davies, cosmologist, astrobiologist, and theoretical physicist at Arizona State University.

“Hawking’s famous black hole radiation is an example of so-called spontaneous emission of radiation, but it is only part of the story. There must also be the possibility of stimulated emission—the process that puts the S in LASER.”

“While a few people did realize that the stimulated emission effect was missing in Hawking’s calculation, they could not resolve the paradox without a deep understanding of quantum communication theory,” Adami says.

Quantum communication theory was designed to understand how information interacts with quantum systems, and Adami was one of the pioneers of quantum information theory back in the ’90s.

Trying to solve this information paradox has kept Adami awake many nights as demonstrated by his thick notebooks filled with 10 years of mathematical calculations.

“Stephen Hawking’s wonderful theory is now complete in my opinion. The hole in the black hole theory is plugged, and I can now sleep at night,” he says.

Adami may now sleep well at night, but his theory is sure to keep other physicists up, trying to confirm whether he has actually solved the mystery.

Greg Ver Steeg of the University of Southern California is a co-author of the study, which appears in the journal Classical and Quantum Gravity.