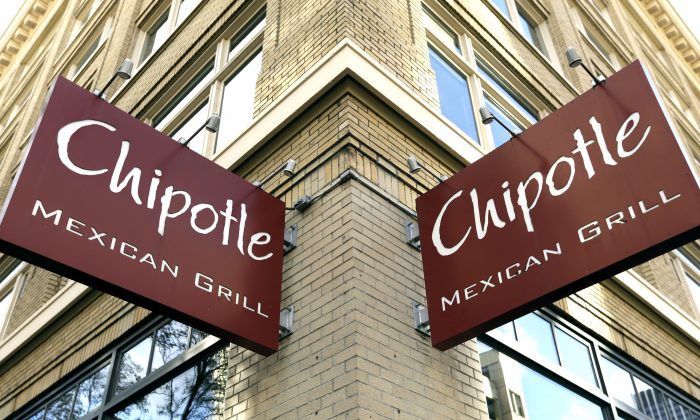 Chipotle is grappling with an E. coli problem. Washington State Department of Health and the Oregon Health Authority are working with the U.S. Centers for Disease Control and Prevention to investigate the outbreak, according to NPR.

In all, 39 people were sickened with a strain of E. coli known as Shiga toxin-producing Escherichia coli O26 (STEC O26). Of those, 14 people were hospitalized. All of Chipotle’s 43 outlets in the greater Seattle and Portland areas have been closed since Oct. 31 due to the outbreak, according to a report from Reuters.

The CDC hasn’t found the source of the E. coli infection. Officials are trying to determine if people sickened in the outbreak ate the same meal or if there was a common ingredient that could be the source of the food poisoning.

“At this point no cause has been established between this issue and any ingredient,” Chipotle said on Wednesday night.

The firm said earlier this week that it’s “aggressively” trying to deal with the problem.

“The safety of our customers and integrity of our food supply has always been our highest priority,” said Steve Ells, the chairman and co-CEO of Chipotle, in a statement. “We work with a number of very fresh ingredients in order to serve our customers the highest-quality, best-tasting food we can. If there are opportunities to do better, we will push ourselves to find them and enhance our already high standards for food safety. Our deepest sympathies go out to those who have been affected by this situation and it is our greatest priority to ensure the safety of all of the food we serve and maintain our customers’ confidence in eating at Chipotle.”

Meanwhile, The Street reported on Friday that Chipotle Mexican Grill stock fell by 1.33 percent after an analyst downgrade. “We have become increasingly concerned about the risks related to the recent E. coli outbreak, which is taking longer to resolve than we initially anticipated and garnering significant media attention that poses a threat to broader consumer sentiment,” Baird analyst David Tarantino wrote.