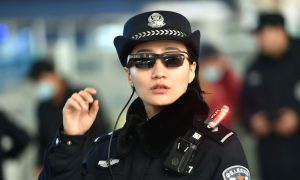 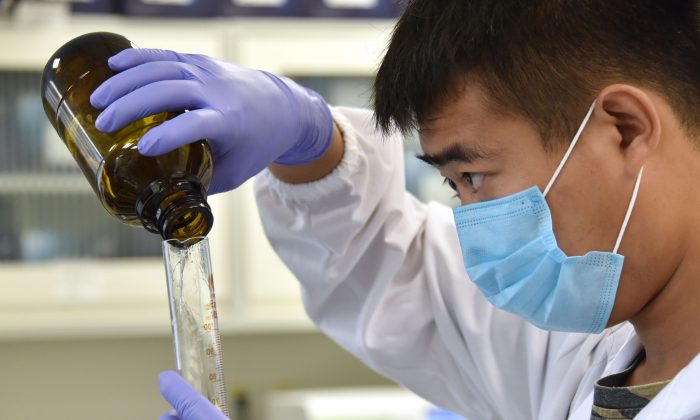 A technician works at a DNA lab in Beijing on Aug. 22, 2018. (GREG BAKER/AFP/Getty Images)
Chinese Regime

Does China Have Your DNA?

Steven W. Mosher
Steven W. Mosher is the president of the Population Research Institute and the author of “Bully of Asia: Why China’s Dream is the New Threat to World Order.” A former National Science Foundation fellow, he studied human biology at Stanford University under famed geneticist Luigi Cavalli-Sforza. He holds advanced degrees in Biological Oceanography, East Asian Studies, and Cultural Anthropology. One of America’s leading China watchers, he was selected in 1979 by the National Science Foundation to be the first American social scientist to do field research in China.
View profile
Follow
biggersmaller
Print

Editor’s Note: In Part I, Steven Mosher wrote about the Chinese Communist Party’s (CCP) program to collect the DNA of all Chinese citizens. This was, he suggested, an effort to develop a fourth “magic weapon” of control over the Chinese population. The first three “magic weapons,” outlined by Chinese leader Xi Jinping in a September 2014 speech, are “the People’s Liberation Army, propaganda, and United Front tactics.”

Here, in Part II of Mosher’s commentary, he discusses ways in which the CCP is able to collect foreign DNA and how it might be able to weaponize the genetic information it acquires from analyzing it.

The Chinese Party-State doesn’t only collect, analyze, and store the DNA of its own citizens, it collects the DNA of peoples from around the world, including millions of Americans.

Every American should sit up and take notice. Your DNA—the biological blueprint according to which your body was constructed—can be used to identify you and only you among all the 7.5 billion people on the planet.

It may also reveal, to a determined and sophisticated genomic adversary, weaknesses that could be exploited by custom-designed bioweapons. Do we really want our innermost secrets and vulnerabilities to be exposed in this way to the digital dictatorship that rules China?

American companies—whether they know it or not—are enabling China’s rise as a genomics superpower. Dominance in biotechnology is explicitly called for in the “Made in China 2025” master plan to capture the high-tech high ground of the future.

The pursuit of this goal is taking place along now-familiar lines. Chinese state-owned or state-funded entities are attempting to buy or invest in American biotech companies. At the same time, Chinese entities are using traditional espionage, employee recruitment, and state-directed cyberattacks to gain access to American technology. The goal is always the same: to transfer cutting-edge biotechnology and genomic data back to China by any means possible.

One example of how this works in practice involves gene sequencing colossus Beijing Genomics Institute, now known as BGI.

As the U.S.-China Economic and Security Commission recently reported, “BGI has received state support, including a 10-year, $1.5 billion loan from China Development Bank in 2010, which enabled it to purchase 128 HiSeq 2000 sequencers. BGI is a world leader in sequencing, and has at times had the world’s largest capacity [in terms of the amount of DNA sequence produced], often vying for the top spot with US-based Illumina.”

To acquire state-of-the-art technology, BGI bought the U.S. sequencing company Complete Genomics, a purchase that gave the Chinese company access to a DNA database that contains the private genetic information of large numbers of Americans. Whatever privacy protocols may have been put in place by either company are worthless. All Chinese high-tech companies, whether they be state- or privately owned, are working hand in glove with the state.

At the time, Elaine Mardis, co-director of the genome sequencing center at Washington University in St. Louis, strongly criticized the deal. “What’s to stop the [Chinese regime] from mining genomic data from American samples to some unknown nefarious end?” she complained to The New York Times.

The answer, of course, is “nothing.”

To supplement its massive domestic DNA collection program, the Chinese regime has become a major purchaser of gene sequencing equipment in recent years. U.S. companies such as Thermo Fisher Scientific based in Waltham, Massachusetts, boasted that China has been by far its hottest market in recent years.

The boasting stopped when much of the equipment it had sold to Chinese security services was revealed to have wound up in the region of Xinjiang, where Muslim minorities have been heavily persecuted. As reported in Part I of this report, large swathes of western China, some 36.5 million people in all, were reportedly forced to hand over DNA samples, as well as undergo retinal scans and fingerprinting, as part of a sweeping new surveillance and control program.

Beijing claims that the program is necessary to combat “extremism and terrorism.”

But its own actions have been so extreme—to date, an estimated 1 million Uyghur and Kazakh ethnic minorities have been sent to re-education camps—as to itself constitute a case of state-sponsored terrorism against a minority population.

In response to criticism from U.S. Sen. Marco Rubio and human rights groups, Thermo Fisher announced on Feb. 20 that it will no longer sell or service DNA sequencers in Xinjiang. According to The Wall Street Journal, the company cited its commitment to “values, ethics code and policies” in the decision, saying that it was important to consider how its products “are used—or may be used—by our customers.”

Given the abuses associated with DNA collection in other parts of China, the company may want to consider expanding its sales ban to the entire country. It would not be difficult for Chinese authorities to bypass the ban on sales to Xinjiang by simply ordering them for a neighboring province, and then transshipping them to their final destination.

Thermo Fisher’s actions, however limited, were undertaken voluntarily in response to bad publicity. But the Trump administration should consider putting formal restrictions on the sales of U.S. biotechnology companies, technology, and even equipment to China.

At the same time that we work to protect the Chinese people from the misuse of American technology in places like Xinjiang, we also have to do a better job of protecting the genetic privacy of Americans. In fact, we may very well want to prohibit the testing of U.S. DNA in China, as well as the transfer of U.S. genomic information to that country.

As we will discuss in Part III, hospitals, clinics, and even commercial DNA testing companies in the United States now routinely send DNA samples to China to be analyzed.

The roughly 12 million Americans who have already mailed off their DNA samples to be analyzed may actually be paying for the “privilege” of handing over their personal genetic codes to the Chinese state.

In other words, we the people—unaware of the dangers—might turn out to be unwitting collaborators in China’s massive DNA collection program. But, as we will see, we are unlikely to be beneficiaries.

Steven W. Mosher is president of the Population Research Institute and author of “Bully of Asia: Why China’s Dream is the New Threat to World Order.” He studied human biology at Stanford University under famed geneticist Luigi Cavalli-Sforza.