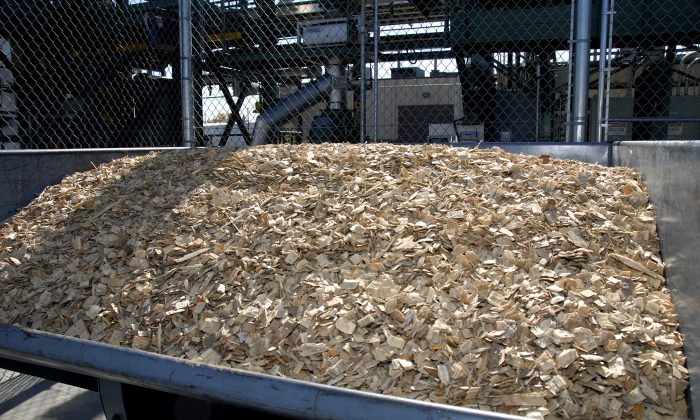 (U.S. Department of Agriculture/CC BY 2.0)
Environment

Does Bioenergy Have a Green Energy Future in the US?

Bio-derived sources of energy—wood, grass, dung and alcohol—have a rich history yet have failed to command the “buzz” of solar, wind or even geothermal in public discussions regarding renewable energy.

Even worse, for some, “bio” conjures images of clear-cutting forests, dead zones in our waterways, “food-versus-fuel” or additional carbon emissions—the opposite of sustainable development.

In reality, bio-based energy has the largest market presence, involves the most stakeholders and currently has the greatest economic impact of any renewable energy industry sector.

If societies expect to effectively mitigate climate change, engaging the broadest possible swath of renewable energy sources is required. As an energy development professor and energy specialist for the University of Wisconsin, I’ve come to believe that including people whose economic interest is connected to the biologic productivity of the land—such as landowners, loggers and farmers—is a critical component to any climate strategy.

Steering Away from the Iceberg

Biomass energy has been with humanity forever. It is abundant, renewable, and able to produce energy on demand.

Globally, biomass energy dwarfs all other renewable sources. According to the International Energy Agency, biomass (including wastes) provided 10 percent of the fuel for energy production globally in 2012. In contrast, hydro and all other renewable sources made up 3.4 percent of global production. Within countries of the Organization for Economic Cooperation and Development (OECD), the biomass fuel share drops to 5.3 percent and all other renewable increases to 4 percent in 2013. Biomass is used for generating grid-connected electricity from wood and wood waste as well as heat/steam in industry, space heating and to produce liquid fuels, such as ethanol and biodiesel.

I acknowledge that biomass’s dominance is likely to wane, particularly as the costs of installing wind, solar and geothermal continue to drop. These platforms benefit from low operational costs and widespread public support. If a transition from a fossil hydrocarbon fueled economy is to occur, the continued expansion of these platforms, and others, is necessary.

Yet, technology advances alone are insufficient to mitigate continued man-made climate change. Many people are needed, too—people whose economic well-being, livelihood, aspirations and independence is tied to the energy transformation away from fossil fuels. The larger the population directly benefiting from this transition, the faster and more effectively it happens.

Will biomass be without so-called externalities—emissions, erosion, surface water degradation and other direct/indirect collateral impacts? Nope. Externalities will occur, as with all industrial activities.

Yet demanding an energy source without any negative side effects at this stage of the transition is the wrong, perhaps catastrophically wrong, pursuit. I believe that the largest possible tent, with the most people and largest economic footprint tied to this transition, is necessary. We can optimize the performance of our renewable energy sources once we’ve “maneuvered the bow away from the iceberg.”

Forks in the Road

This discussion of bio-energy’s role comes at a critical time. December’s Paris Climate Conference is, conceivably, the most crucial gathering of our time. But in front of the US are two monumental forks in the road regarding the transition away from fossil fuels: the recently announced Clean Power Plan (CPP), which restricts carbon emissions from power plants, and the often contentious Renewable Fuel Standard (RFS), a federal mandate to produce liquid fuel from biomass.

If these game-changing policies do not cement a long-term role for biomass, including biofuels and wood-burning in existing coal power plants, then we no longer have a “broad tent” strategy of including a wide array of energy sources. And if the tent shrinks, that implies less leverage in Paris. The lower the economic footprint benefiting from the energy transition, the smaller the political strength to negotiate for global-wide changes.

Is Biofuel the Answer?
Poplar Trees Engineered to Break Down Into Biofuel

The US Environmental Protection Agency is the epicenter of both policies. Well-intentioned, but naïve, advocates, have opposed some types of wood-fueled power, including a group of 78 scientists that has expressed concern over the role of biomass in the Clean Power Plan. These voices seek to severely restrict biomass as a fueling option for electrical generation under the CPP.

In contrast, on June 30 2015, 46 US Senators signed a letter to the EPA endorsing the treatment of forest biomass as carbon-neutral fuel and, by extension, eligible to be utilized as acceptable fuel for utilities to comply with the carbon rules in the CPP. Even the Union of Concerned Scientists has offered a “qualified” endorsement of biomass-based power.

It is a challenge to define sustainable practices for biomass because consensus on this issue is not easily obtainable, if possible. Tight restrictions, even if optimized in terms of carbon neutrality, prompt inertia, dispute, and litigation.

The decade-long debate over indirect land use costs of grain-based biofuels is a prime example. In theory, increased demand for biomass may prompt some land-use abuses, which could lead to deforestration and soil damage, but the cost of excluding biomass is time and momentum—neither of which climate scientists seem to think we have in surplus

The Clean Power Plan should adopt a broad acceptance of biomass options. Monitoring and compliance systems should use already established sustainable forestry and agricultural conservation standards.

The Renewable Fuel Standard, the centerpiece of the George W Bush administration’s biofuel policy, calls for 21 billion gallons of advanced biofuels by 2022. These were optimistic targets in 2007-09 when the policy was formulated. The slow development of technology platforms, high costs and historically low fossil hydrocarbon prices have many questioning the wisdom of this mandate. That questioning is understandable, even to me—a renewables veteran for 32 years. What isn’t clear is the likely outcome of lowering our expectations for transportation biofuels.

The essence of the RFS is to provide policy certainty to stakeholders developing alternatives to fossil hydrocarbon-based products. Without policy certainty means fewer investment funds, fewer stakeholders with ties to the energy transition, and result is: more dependence on fossil fuels.

Without stable biofuel policy, the development of bio-chemicals, advanced bio-products and improved transportation fuels with a lower carbon footprint and better energy density is in doubt. A reversal in policy would mean that significant public/private investment into these platforms and supply systems may be squandered.

Is the RFS optimal? Free of externalities? Absolutely not! Still, the RFS should be re-affirmed and supported, including the allowance of 15 billion gallons of corn ethanol and the eventual expansion of the “blend-wall” to go from 10 percent ethanol mix in gasoline now to 15 percent in your neighborhood fuel station.

Will permitting utilities to use biomass as part of their regulatory compliance allow some coal plants to survive? Yes. Will some wood fuel originate from whole-trees, rather than residue from logging, and will some of those whole trees come from clear-cutting operations? Yup. Is the pursuit of the “perfect” worth dispelling the value of the “good?” In my opinion, a loud and resounding NO!

The more important question is: can the transition away from a near total fossil carbon based economy be achieved within the time necessary to mitigate climate change? Climate change that threatens existing and following generations cannot be addressed without the enthusiastic participation of loggers, farmers and industrialists. A mass movement is needed, not a laser-guided approach that favors some renewable energy sources over others.

I recognize there are concerns over potential environmental problems from biomass industries. These issues should be monitored and policies adjusted as warranted. Nevertheless, my experience suggests that people closest to the land, such as loggers and farmers, tend to care most for it. We must place trust and faith in those land stewards, as compared with second guessing their intentions and willingness to contribute to a solution.

Excluding biomass, even in those cases that may lead to more intensive, short-term use of the land, is the equivalent of cutting off your nose to spite yourself. It’s picking the wrong fight for the wrong reasons.