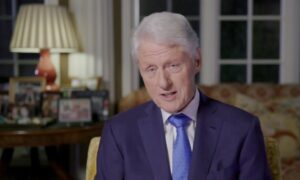 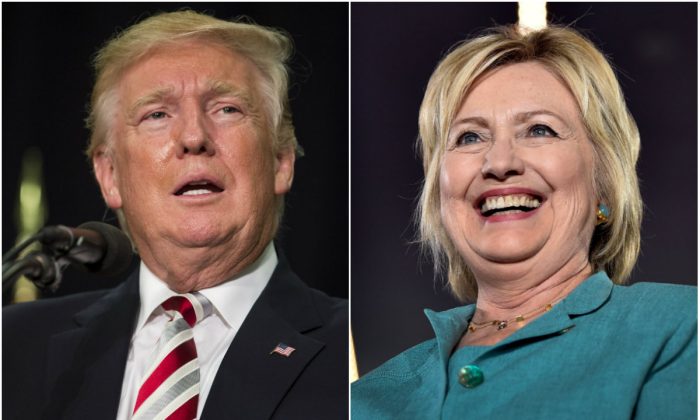 Does All Voting Happen on Election Day? Think Again

RALEIGH, N.C.—Voters in tightly contested North Carolina have seen the presidential candidates and their surrogates a lot this summer.

What helps make the state such a political hot spot is that voting begins before anywhere else.

Election officials begin mailing ballots Sept. 9 to any registered voter in North Carolina who formally requested one. That’s the earliest in the country and 60 days before the Nov. 8 election.

It’s for that reason that North Carolina provides campaigns with an early test.

People don’t have to give a reason to vote by mail in North Carolina, such as out-of-town Election Day traveling or being too sick to leave the house.

A little over 200,000 mailed ballots were collected in 2012, which amounted to less than 5 percent of the state’s 4.5 million voter turnout. Republicans historically have favored mail-in ballots and could be critical to who gets the state’s 15 electoral votes. Republican Mitt Romney won the state by 92,000 votes in 2012, while Democrat Barack Obama won by 14,000 votes in 2008.

Getting more attention right now in North Carolina is the early in-person voting the state offers in all 100 counties. It’s wildly popular: 56 percent of the votes for the November 2012 elections were cast at early-voting centers and county election offices over a period of 17 days. Democrats generally favor this form of in-person “no excuse” absentee voting.

The Republican-led Legislature and GOP Gov. Pat McCrory reduced that period to 10 days in a 2013 law that also mandates photo identification to vote. Voters, civil rights groups and the U.S. Justice Department sued, and last month a federal appeals court struck down the photo ID mandate and ordered early voting restored to 17 days. Republican presidential nominee Donald Trump has said that elements of that overturned voter ID law heighten the possibility for a “rigged” election.

The state has asked the U.S. Supreme Court to delay the ruling. Otherwise, early voting will begin Oct. 20. While more days are now required for early voting, local election boards — each with Republican majorities — are considering whether to cut back the number of early voting sites or hours.

In addition to North Carolina, early in-person vote is permitted in some form by 35 other states and the District of Columbia. Among battleground states, Iowa also opens early voting Sept. 29, followed by Ohio (Oct. 12) and Georgia (Oct. 17). Virginia, Pennsylvania, Michigan and New Hampshire don’t have early in-person options.

How AP Rates the Presidential Race and the Road to 270

WASHINGTON—Hillary Clinton heads into the fall out front in enough states to give her at least a tie in the Electoral College, meaning a victory in any of the several states now a toss-up would be enough to push her over the top and into the White House.

For Donald Trump, the electoral map is as daunting as it is friendly to Clinton. To win, he must sweep all of the toss-up battlegrounds and go on to pick off at least one state where the Democratic nominee now has a solid lead.

That’s according to an Associated Press analysis of the map as it stands today, with 78 days until Election Day.

Where the Election Stands

What They’re Fighting Over

For Those Eligible, Voting Should Be Easy

It finds that to capture the 270 electoral votes needed to win the White House, Clinton must merely defend traditionally Democratic states and those where recent polls show she has large advantages, and then add just one of the states that The Associated Press now rates as a toss-up.

And that map may be a conservative estimate of Clinton’s head start over the Republican nominee.

In several states the AP rates as toss-ups, including New Hampshire, North Carolina and Florida, recent polls suggest current conditions may be favorable to Clinton, though there are few polls in those states or they have given her a relatively narrow upper hand.

In other states, Clinton’s advantage appears more formidable. In Pennsylvania, won by the Democratic nominee in every election since 1992, multiple polls conducted in July and August give the former secretary of state double-digit leads.

That state illustrates the depth of Trump’s problem: It’s considered a linchpin of his strategy to win over working-class white voters in the Rust Belt.

In Virginia, which handed its electoral votes to Barack Obama twice but was once a solidly Republican state, several August surveys show high single-digit to double-digit leads for Clinton.

Colorado, too, shows no signs of reversing itself after twice supporting Obama. Trump has consistently trailed by large margins in surveys released there since mid-July. Polls released this month in Wisconsin and Michigan also found Trump facing significant deficits.

Trump is left running from behind while also defending traditional Republican strongholds such as Georgia, where a recent Atlanta Journal-Constitution poll suggests even that may be in play for Clinton.

Where the race stands today: