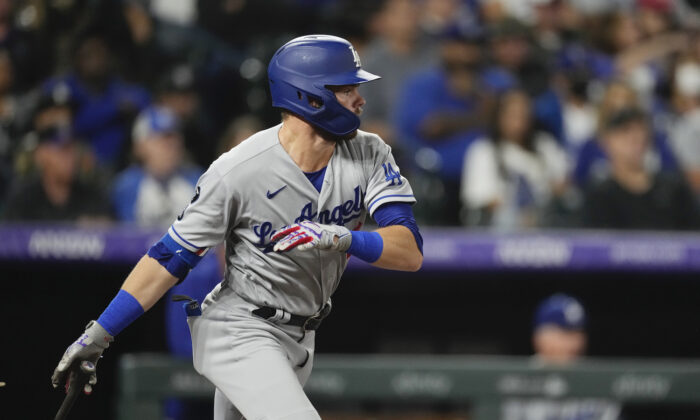 Dodgers Fall 2 Games Back in NL West, Lose to Rockies 10-5

That’s back-to-back off outings from key cogs in a Los Angeles rotation that boasted the best ERA in baseball. Logging too many innings? Wearing down?

Dodgers manager Dave Roberts had a simpler explanation: “All guys have some bit of fatigue right now,” he said.

This had all the makings of a pitchers’ duel with All-Stars Buehler and Germán Márquez on the mound. Instead, it was anything but, as the teams combined for 19 hits, including three homers and even a two-run double from Márquez that chased his counterpart from the game.

Buehler gave up five runs over 3 2/3 innings in his career-high 31st start of the season. He refuses to blame it on the volume of innings. Urías echoed a similar chorus the night before.

“It’s a me problem and something I need to address and figure out,” Buehler said. “We have a great team and a lot of guys that are really talented. I want to be a cog in that. I want to fit in. Right now, I’m not even doing that.”

Luke Raley displayed his power by drilling a two-run homer to center in the fourth inning that was measured by Statcast at 472 feet. It’s tied for the Dodgers’ third-longest tracked by Statcast since 2015.

His mom was on hand, too. It’s the first time she’s got to see him play in the big leagues.

“It’s really awesome I was able to do that today in front of her,” Raley said.

There was a big collision in the seventh when Charlie Blackmon ran into reliever Alex Vesia on a dribbler up the first-base line. Blackmon’s helmet went flying and Vesia tumbled to the ground, losing control of the baseball. Blackmon reached on an error credited to Vesia, who took a few warmup pitchers before continuing.

Vesia gave up a run-scoring double to Cron. Hilliard later connected on a three-run homer after the Dodgers intentionally walked Elias Díaz to pitch to him. Hilliard’s 12th homer of the season made it 10-5.

An inning after the collision, Blackmon came up again and was hit by a pitch from Evan Phillips.

Robert Stephenson (2-1) earned the win for the Rockies, who are 6-12 against the Dodgers this season. Dodgers reliever Justin Bruihl (0-1) took the loss.

“It’s cool to see the kind of growth that we’ve had as a team and as an offense,” Rockies shortstop Trevor Story said. “We’re playing complete games right now.”

Up next, Dodgers right-hander Max Scherzer enters his start Thursday against Colorado with an 11-game win streak and an MLB-best 2.08 ERA. The Rockies will throw lefty Kyle Freeland, who’s 3-3 with a 5.36 ERA at Coors Field this season.