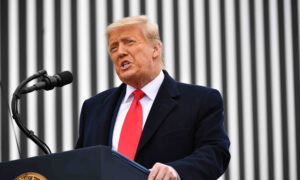 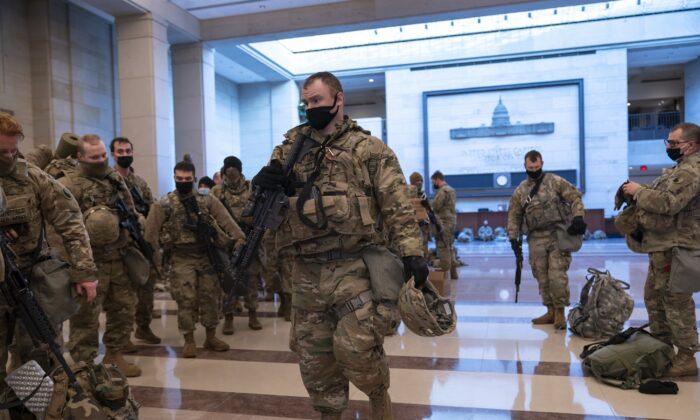 Pentagon chief Christopher C. Miller confirmed that National Guard members who are stationed in D.C. will see expanded vetting by the Department of Defense and FBI ahead of Inauguration Day.

“While we have no intelligence indicating an insider threat, we are leaving no stone unturned in securing the capital,” Miller, the acting Department of Defense (DOD) secretary, said in a statement on Monday. He noted that it’s a “normal” process for the DOD to “vet National Guardsmen who are in Washington, D.C.”

“This type of vetting often takes place by law enforcement for significant security events. However, in this case, the scope of military participation is unique. The D.C. National Guard is also providing additional training to service members as they arrive in D.C. that if they see or hear something that is not appropriate, they should report it to their chain of command,” Miller remarked.

There were reports over the weekend saying that the FBI was helping vet National Guard members. Miller confirmed the development.

“We appreciate the support of the FBI in assisting with this task and for each of the more than 25,000 Guardsmen who answered their Nation’s call,” his statement continued.

Army officials and other authorities said that up to 25,000 National Guard members will be stationed around D.C. around Inauguration Day. Photos and video footage show a heavy Guard presence, along with non-scalable fencing and concrete barriers around key buildings such as the U.S. Capitol, Supreme Court, and other areas.

The head of the D.C. National Guard on Monday told ABC News that the FBI is vetting troops involved in the Jan. 20 inauguration.

“What happens is they’re screened before they leave their state,” and it is “a credentialing process so they’re screened and they’re repeatedly screened until they are actually put on the street,” Major General William Walker said on “Good Morning America.”

“It’s all about the background. So, a regular background check is enhanced with more screening, more details and it’s layered so the FBI is part of it, the Secret Service is part of it and once they are certain that there’s no insider threat then that soldier, guardsman, or airman is given a credential,” he said Monday, without elaborating on the nature of the “insider threat.”

In a recent statement, the Army also said it is working with the U.S. Secret Service “to determine which service members supporting the national special security event for the Inauguration require additional background screening.”

“The Army is committed to working closely with the F.B.I. as they identify people who participated in the violent attack on the Capitol to determine if the individuals have any connection to the Army,” the statement continued, referring to the breach at the Capitol building on Jan. 6.

Over the weekend, the U.S. Marshals—a federal agency overseen by the Department of Justice—deputized about 2,000 National Guard members before Jan. 20.

The “deputation gives the guardsmen temporary, limited, law enforcement authority pertaining specifically to the safety and protection of the inauguration and related events,” said the U.S. Marshals in a caption on its Flickr page, showing the Guard troops being deputized at night.

The Epoch Times has reached out to the FBI and DOD for comment about the vetting process.

The Secret Service, in a statement to The Epoch Times, said that the agency and its “law enforcement partners will not be commenting on the means and methods used to conduct the agency mission, inclusive of protective intelligence matters.”