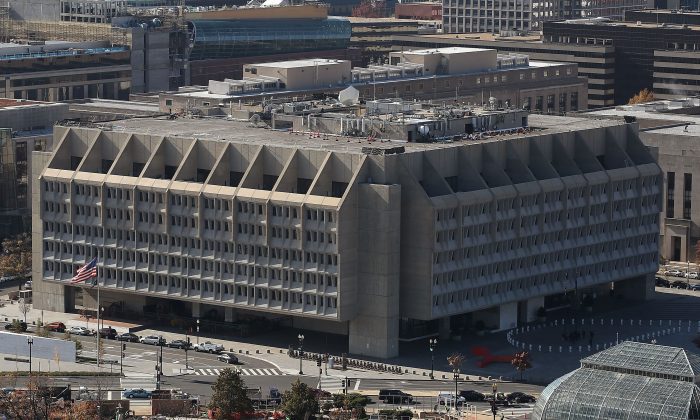 Millions of federal tax dollars have been spent as part of an effort to create a “one-stop fetal tissue shop” at the University of Pittsburgh, according to U.S. Department of Health and Human Services (HHS) documents revealed Aug. 3.

Nearly $3 million in federal funds went to the school beginning in 2015, according to more than 250 pages of documents obtained by Judicial Watch through a Freedom of Information Act (FOIA) lawsuit against HHS.

The lawsuit was filed after HHS failed to respond to the conservative nonprofit’s April 28 FOIA request for copies of grant applications for the university’s “tissue hub and collection site.” Judicial Watch submitted its FOIA on behalf of the Center for Medical Progress.

Judicial Watch said in a statement announcing receipt of the documents that:

In addition, the documents indicate that school officials boast of having “a lab boasting a ‘ButcherBoy band saw for sectioning bone’ and a ‘frozen section has digital video feed to and from operating rooms. This allows for instantaneous discussions with the surgeons [as] immediate show and tell for them.”

Judicial Watch also pointed out that the school’s funding proposal to the federal government included a racial target for the human body parts to be harvested from what it called aborted “subjects.”

Under the target, school officials told HHS they planned on half of their subjects to be unborn aborted babies from minority mothers because the city of Pittsburgh is a diverse populace. Judicial Watch noted that U.S. Census Bureau data indicates that Pittsburgh is almost 70 percent Caucasian.

The funding proposal included among the documents also boasted of the school’s close relationship with laboratories at the Children’s Hospital of Pittsburgh.

“These documents show taxpayer money is being used to turn the University of Pittsburgh into a one-stop human fetal tissue shop—from procuring the tissue from elective abortions, ‘subdividing’ the human remains, to distributing and shipping the harvested tissue,” Judicial Watch President Tom Fitton said in the statement announcing receipt of the documents.

A University of Pittsburgh spokesperson said, “This grant-supported research is to find new therapies for diseases of the kidneys, bladder, and urinary systems, which are a leading cause of organ failure. By providing a central hub for researchers across the country, this program allowed scientists across the country to access tissue necessary to tackle this growing public health concern.

“Researchers have no part in any decisions as to the timing, method, or procedures used to terminate the pregnancy. All tissue was obtained in compliance with the Pennsylvania Abortion Control Act, as noted in the grant.”

As previously reported by The Epoch Times, the National Institutes of Health (NIH) said in April that HHS would end both a ban on research funded by the NIH using fetal tissue procured from elective abortions and regulations requiring prior ethical review on such studies.

“NIH reminds the community of expectations to obtain informed consent from the donor for any NIH-funded research using human fetal tissue, and of continued obligations to conduct such research only in accord with any applicable federal, state, or local laws and regulations,” the notice reads.

Becerra also “determined there are no new ethical issues that require special review,” NIH said in the statement.

HHS didn’t immediately respond to a request by The Epoch Times for comment.

Pro-life groups are actively opposed to the use of fetal tissue obtained from aborted babies. Planned Parenthood, the nation’s largest provider of abortion services, has been implicated in commercial sales of fetal tissue.

Fox News recently reported that three invoices unsealed in a lawsuit filed by Planned Parenthood against independent journalist David Daleiden, whose controversial undercover videos in 2015 sparked widespread calls for official investigations, showed that the abortion provider charged a total of nearly $25,000 for “products of procreation,” or POCs.

Update: This article was updated with comments from a University of Pittsburgh spokesperson and no immediate response from HHS as of 5:40 p.m. EDT on Aug. 4.