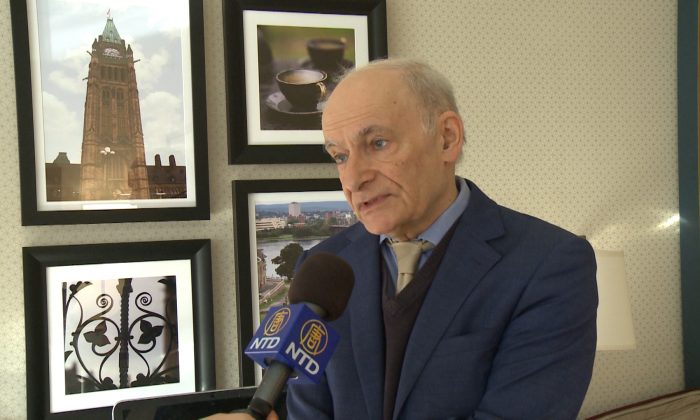 The news of two doctors’ suicides has people on China’s Internet talking about an atrocity that until very recently the Chinese regime had kept tightly under wraps.

The most widely forwarded comment about the suicides of two doctors heavily involved in organ transplantation condemned the “unprecedented evil” of live organ harvesting—the removal of organs from unwilling, live donors, which in the process kills them. The doctors had taken their own lives because they couldn’t live with the guilt of involvement in this barbaric practice, the post argued.

David Matas, an attorney and researcher known for being the co-author of a report about the abuse of organ transplantation in China, was more careful. He thought the connection was a stretch. “It’s very hard to explain a person’s suicide without a suicide note,” he said. “But what’s significant is that this is being circulated in China.”

Indeed, since the highly unusual lifting of censorship on the topic of live organ harvesting, speculation and discussion online has abounded. The most striking feature of the conversation is that the most prominent abuse of organ transplantation in China is closely tied to the massive persecution of Falun Gong. They are healthy individuals who Matas believes have been targeted for their organs on a massive scale across the country.

Despite the lack of direct evidence, Chinese netizens are implicitly linking the enormous crime documented by Matas with the odd suicides of the two doctors.

The first was Li Baochun, a transplant expert at the Shanghai Second Military Hospital, who jumped from the 12th floor of the hospital’s Kidney Transplant building in 2007.

The second was the 84-year-old Lie Leishi, the deputy director of the Nanjing Military Area Command and kidney specialist and transplanter, who leapt from his 14th story apartment in Nanjing on March 16, 2010.

According to an article in the Science and Technology Daily, reproduced on Chinese government and military websites, Li’s Kidney Transplant Center conducted over 1,000 kidney transplants in 2004, an average of over 3 per day.

The number is suggestive of a deep problem. “You need lots of donors for that,” said Matas in a telephone interview. “And you need them on a standby basis. … The very number itself suggests that there are other sources of organs apart from prisoners to be sentenced to death.”

That source is practitioners of Falun Gong, according to Matas’s research. Netizens pointed out that the suicide took place about three months after revelations from a former policeman in Shenyang Province of involvement in live organ harvesting from a Falun Gong practitioner. The admission of guilt by the policeman may have rattled Li and driven him to kill himself several months later, netizens suggested.

“Maybe I’m ‘making rumors’,” one netizen identifying himself as a retired military doctor wrote on Weibo, making fun of the Chinese authorities practice of describing unwanted discussion online as harmful rumor. “Li Leishi from Nanjing general hospital and a professor from Shanghai killed themselves, bizarrely. This might have something to do with the Falun Gong people having their organs harvested. The water is very deep here. I heard there are big connections with Zhou.”

Zhou Yongkang is the Chinese Communist Party’s security czar, and is in charge of the secretive Party agency that oversees the persecution of Falun Gong.

The other death referred to, from Shanghai, was of Li Baochun. Li was a well-known kidney specialist who was involved in a high-volume of organ transplantations. According to friends and relatives quoted in Chinese media articles about his death, he reported being depressed in the last months of his life.

But depression was a “sensitive word” at the Shanghai Changhai Hospital where Li worked, according to Mr. Ma, head of the public relations department, speaking to Chinese media. Hospital staff were unwilling to comment on his death to media, and doctors were reportedly nervous upon hearing his name. His suicide was bad for the hospital’s reputation, sources said.

Li killed himself on May 4, 2007, around 10 months after the July 2006 publication of Matas’s co-authored “Report into Allegations of Organ Harvesting of Falun Gong Practitioners in China.”

According to a source quoted in a Yangzi Evening News report about his death, Li first went from the patient room on the second floor to the kidney department on the 7th floor, where he worked. Then he went up to the 12th floor, where he conducted kidney transplants.

“He jumped down from where he worked. Nobody knows what was on his mind at that moment.” The source sighed. “And he didn’t leave a word.”