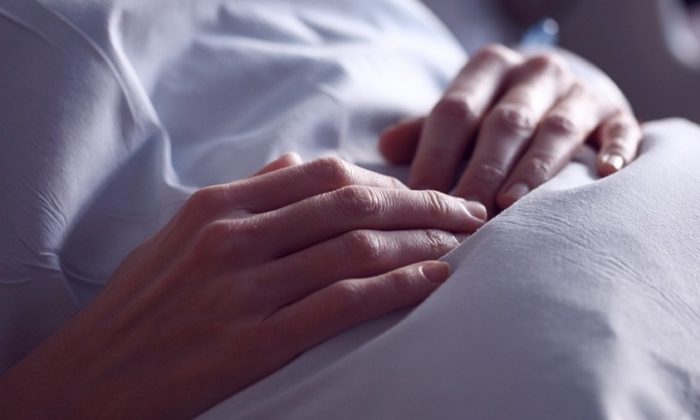 Stock image of a patient on a hospital bed. (Sharon McCutcheon/Pixabay)
Trending

‘Hand of God’: Doctors Said Iowa Teen Would Never Wake up From Coma, But a ‘Miracle’ Happened

A teenager from Iowa was severely injured in an accident years ago, leading her family to talk about funeral arrangements.

Just two weeks before she was set to begin her freshman year in high school, Taylor Hale suffered a major brain injury while attempting a stunt with friends after a football game.

Taylor slid off the hood of a car, causing her head to hit the pavement. Later, she was declared brain-dead by medical staff, according to the Des Moines Register.

“Taylor’s been in an accident. She’s laying in the middle of the street, and the ambulance is on its way,” Taylor’s mom Stacy Henningsen told NBC News in recalling what a friend told her years ago.

Henningsen said that her daughter went from being a cheerleader to being unconscious before doctors placed her in a medically-induced coma. They told Henningsen and her other family members that she might never wake up.

“She was the most serious patient there,” her mother said.

A week later, her parents then feared the worst after her condition declined due to a brain hemorrhage, NBC reported.

“Her brain had slipped down into her spinal column … The brain had turned to mush,” Henningsen added. “They had to do CPR and go through extreme lengths to get her back.”

A spokeswoman at Blank Children’s Hospital said she was treated for a traumatic brain injury in the hospital’s ICU.

“The following day, [doctors] said, ‘We’re sorry—there’s nothing more we can do for her. You should probably say goodbye,'” Henningsen explained. “We started talking about funeral arrangements.”

Doctors then told her family that they were at least 95 percent sure that the girl would never wake from her coma.

They declared her brain-dead and took her off medication and oxygen.

Her family prayed. A chiropractor who had treated a relative of Taylor also came into the room to pray for Taylor.

“A couple of hours later, the doctor came in and basically told us, ‘We don’t know how to medically explain this to you, but she’s breathing on her own,'” Henningsen said.

Taylor was soon able to open her eyes and move her toes and fingers.

“It was the hand of God at work,” Chuck Hale, her father, told USA Today. “That’s the only thing that can explain it.”

Over the weeks and months, Taylor progressed and went from a wheelchair to a walker. Later, she was able to walk on her own. However, she missed most of her freshman year in high school.

“I was angry because I used to be able to do this stuff by myself, and now I couldn’t,” Taylor said.

“I don’t have any memory of my freshman year, or my childhood,” she told NBC News. “Sophomore and junior year is still kind of a fuzz. I can remember big moments, like prom—otherwise my whole life is kind of a blur, I guess.”

In addition to her memory issues, Taylor doesn’t have any sense of smell.

And “my personality was kind of changed,” she added. “I’m not as cheerful and outgoing I guess as I was, is what people tell me.

“I can’t compare it to before the accident, because I don’t remember.”

But of her awakening from a coma and surviving a traumatic brain injury, her mother said, is a miracle.

“I think about it quite often,” Hennsingsen said. “It’s definitely a miracle.”