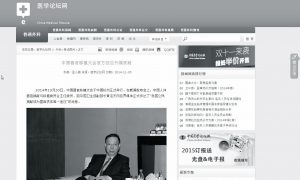 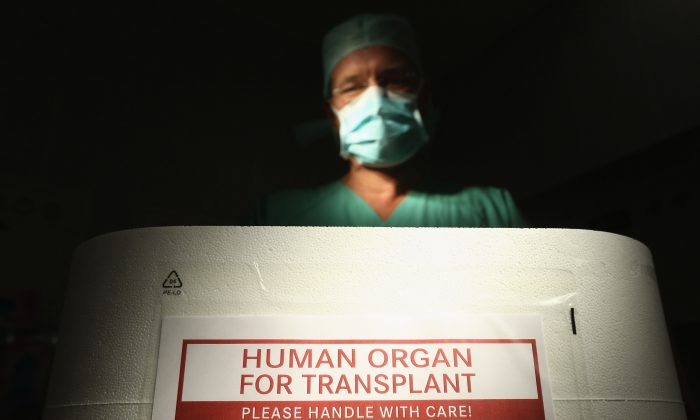 A doctor stands over an empty Styrofoam box used for transporting human organs as part of a media event in an operation room at the Vivantes Neukoelln clinic on Sept. 28, 2012, in Berlin, Germany. (Sean Gallup/Getty Images)
China

Recent promises by Chinese officials to cease the use of executed prisoners as a source for transplant organs has attracted the scrutiny of a Washington, D.C.-based organization of medical doctors and professionals.

Doctors Against Forced Organ Harvesting (DAFOH), the medical ethics advocacy group, has challenged the Chinese regime’s latest claims to have stopped using organs from prisoners, and have demanded that Chinese transplant officials provide proof of their claims.

It has been known for over a decade that the vast majority of transplant organs in China come from executed prisoners, a state of affairs that violates widely held ethical organ sourcing standards. Increased international criticism in recent years impelled new pledges by the Chinese regime’s organ transplant czar, Huang Jiefu, that China would end the controversial practice by Jan. 1, 2015.

The normally quiet Huang, formerly the deputy health minister, gave a number of widely publicized interviews in March, publicizing the Party’s decision and announcing that the regime had turned a new leaf. He pointedly discouraged reporters from digging into the recent past.

DAFOH, however, urges extreme caution about the content of the new promises, and calls for transparency about the organ harvesting that has already taken place.

In a press release on April 7 it said that the international community “should not find relief” in the new pledges, given that Chinese authorities have a “lengthy record of secrecy, misleading numbers, and contradictory statements.”

The regulations state that hospitals may use the organs from prisoners as long as family members agree, but that “use of dead bodies or organs from condemned criminals must be kept strictly confidential.”

Researchers, meanwhile, estimate that tens of thousands of prisoners of conscience, the vast majority practitioners of Falun Gong, a spiritual discipline that has been persecuted since 1999, have been executed for their organs. In many cases they are thought to have had their organs removed while they were still alive, and died from the procedure itself. The journalist Ethan Gutmann and two Canadian researchers, David Matas and David Kilgour, a respected human rights lawyer and a former member of the Canadian parliament respectively, used different methodologies to reach similar numbers for how many Falun Gong adherents have likely been killed through harvesting between 2000 and 2008 alone: over 60,000.