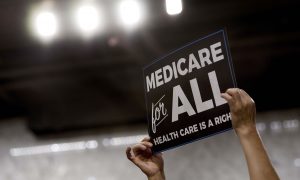 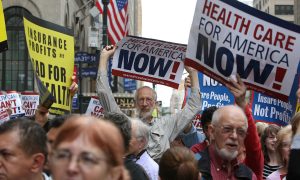 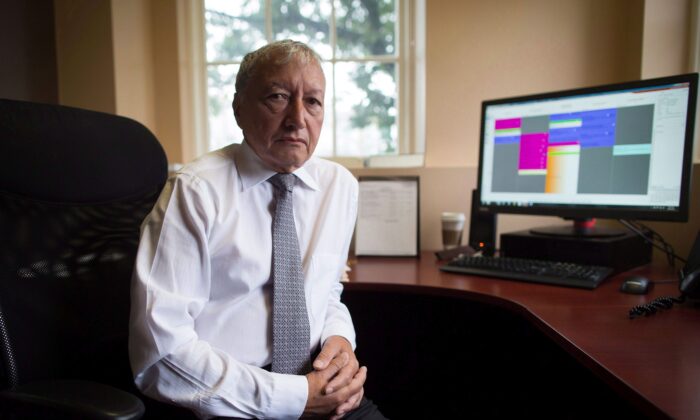 Dr. Brian Day, medical director of the Cambie Surgery Centre, at his office in Vancouver in a file photo. (The Canadian Press/Darryl Dyck)
Canada

A Vancouver surgeon who spent 11 years battling the ban on private health care in British Columbia is not giving up. The B.C. Supreme Court rejected Dr. Brian Day’s constitutional challenge, but he says he’s ready to fight the issue all the way to the Supreme Court of Canada.

An 880-page ruling by Justice John Steeves of the B.C. Supreme Court on Sept. 10 upheld that the province’s Medicare Protection Act (MPA) did not violate the Charter rights of patients who wished to pay for private care when they were forced to wait in the public system.

Day, owner of the for-profit Cambie Surgery Centre, led plaintiffs in the legal challenge to overturn MPA provisions that prohibit physicians from earning income from both the publicly funded system and private clinics and that also limit extra billing and ban health insurance for services already covered under the public plan.

In 2005, Dr. Jacques Chaoulli successfully challenged Quebec’s ban on private health care because the public system rationed the amount of care offered while legally banning the alternative of paying for services. In 2009, Day, who later became head of the Canadian Medical Association, launched a similar challenge in B.C.

“One of our plaintiffs was a young man who waited 27 months for his surgery on the spine at the age of 15 or so. And he has ended up in a wheelchair paralyzed for life. His time that he waited was four times the maximum medically accepted time for surgery, and that has been condoned by the decision.”

Advocates for the status quo fear that the private system will take resources away from the public system and make it worse. The B.C. Health Coalition and Canadian Doctors for Medicare, which were intervenors in the case, applauded the decision.

“As a group of patients, doctors, and health-care advocates, we became involved in this case in order to defend and protect public health care,” said Edith MacHattie, co-chair of the BC Health Coalition.

“This is a victory for everyone who uses health care in Canada. Even though the attack had been launched in B.C., it took aim at the very heart of the Canada Health Act and every provincial health care insurance plan.”

Dr. Danyaal Raza, chair of Canadian Doctors for Medicare, agreed. “This is a historic victory against profit-driven health care in Canada,” he said in a press release. “We know that single-payer publicly funded health care is the fairest way to pay for health care, rather than forcing patients to pay out-of-pocket or buy private insurance.”

The release points out that “the sections of the MPA that the plaintiffs sought to strike down are in place to preserve a public health care system in which access to necessary medical care is based on need and not an individual’s ability to pay.”

“They encourage people to use the private system because it’s recognized that that actually reduces the burden on the public purse, and it improves performance when patients aren’t shackled to a monopoly.”

Day founded the Cambie Surgery Centre in 1996 and started his practice treating injured workers. In 2003, the orthopedic surgeon began to include other patients, even though that went against unproclaimed provisions of the MPA. “We decided, ‘How can you possibly turn down patients who are desperate?’” he recalls.

Day says the law as written—and now entrenched by the judge’s decision—only permits him to do surgeries on workers’ compensation claimants, prisoners, and people from anywhere but the province of B.C.

“Yesterday for instance, I operated on a patient—a young man from Alberta with a wrecked knee ligament. He can come here and still can, completely within the laws of British Columbia [and] so on, and have treatment, but a B.C. resident with the same identical injury [cannot]. It’s unlawful. So there’s no country on Earth that has such laws and that is crazy.”

Joanna Baron, executive director of the Canadian Constitution Foundation, was not involved in the litigation but supports the plaintiffs.

“The trial decision contains errors in both fact and law, and we look forward to seeing this case appealed,” Baron said. “We are disappointed in today’s result, which we find completely inconsistent with existing Charter case law and with the Supreme Court of Canada’s decision in Chaoulli.”

Section 7 of the Charter says, “Everyone has the right to life, liberty and security of the person and the right not to be deprived thereof except in accordance with the principles of fundamental justice.” The section has been successfully used to strike down laws against prostitution, euthanasia, and even safe injection sites.

Day says the human toll from “rationing” in health care is worse now because the pandemic has reduced the availability of needed services. He believes part of what feeds the opioid addiction in British Columbia is the reliance on its use for pain relief as 40,000 people wait for health care.

“The fact that since we started our lawsuit, 75,000 Canadians have died on the wait list is just unacceptable. And that has been condoned and endorsed as acceptable by this court. It will go the Appeal Court of British Columbia and then eventually it’s likely to the Supreme Court of Canada,” he says.